Two police stations in Cahul and Falesti to become more friendly and accessible, with the UNDP and U.S. support

The police station no. 1 in Cahul municipality and no. 4 in Egorovca village, Falesti district, will become more accessible and more open to the community. The two entities will benefit from renovated premises and will be transformed in line with community policing principles and best practices. The project is implemented by the United Nations Development Programme (UNDP) in Moldova, with the U.S. Government support, the assistance provided amounting to a total of US$290,000. 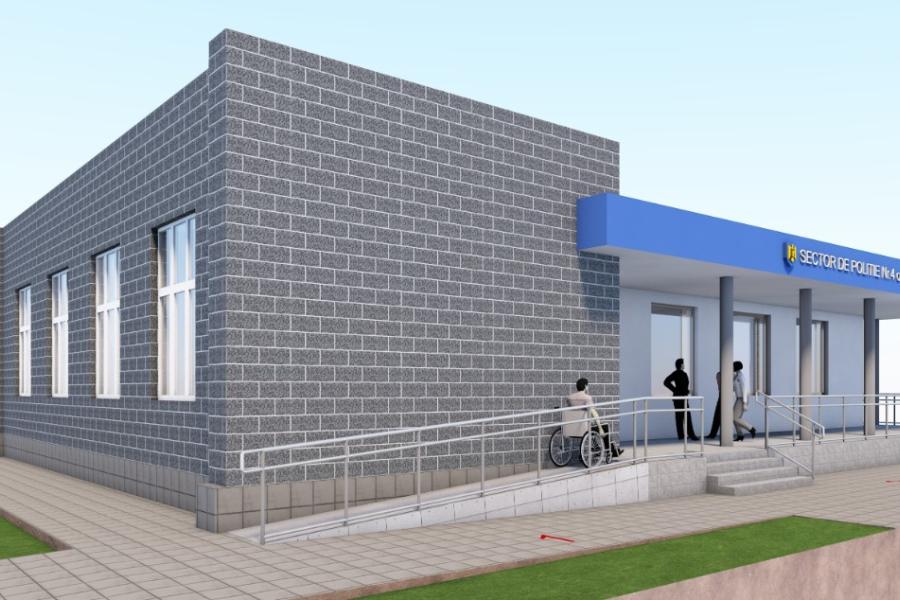 The community policing concept implies a partnership between the police and the community for solving public security issues, while the work of police officers is focused on community needs and proximity to citizens.

20 police officers employed at the Police Station no. 1 of Cahul serves over 30 thousand people. The future police premises will cover over 190 square meters.

The Egorovca Police Station, in its turn, accommodates 10 police officers and serves 20 localities, including multi-ethnic ones, with a total number of over 18 thousand residents. The future police premises will be located in an area of over 270 square meters.

Both buildings will be renovated and equipped to provide a friendlier setting that inspires transparency and trust. The project will also provide training to the staff of the two police stations, under a program for the implementation of the community policing concept.

The premises will have a universal design, to ensure accessibility to all beneficiaries, including people with disabilities or the elderly. A children's playground will be set up in the immediate vicinity of the police stations. Each of the two police stations will have a multipurpose room, reserved for various community activities, such as citizen information meetings.

"The U.S. Embassy has been working closely with the Ministry of Internal Affairs and the General Police Inspectorate to implement major police reforms in Moldova, and one of our main priorities is to bring the police closer to the community. The renovated and re-imagined police stations will offer a modern and more user-friendly environment in which to strengthen the connection between the police officers and the communities they serve," mentioned Timothy Buckley, Criminal Justice and Law Enforcement Section director, U.S. Embassy.

“The National Community Policing Concept, as well as the experience acquired from the modernization of similar premises, underlay the layout of the two police stations in Cahul and Falesti. The designs process takes into account the operational requirements and physical accessibility needs, as well as of other important aspects that ensure the user-friendliness of premises," says Viorel Albu, Project Manager at UNDP Moldova.

The Moldovan Police has had long cooperation with the U.S. Government and UNDP, during which activities to strengthen the institutional and professional capacities of police staff, to ensure a safe environment for every man and woman in the Republic of Moldova, and to increase public trust in the police have been carried out. In the past, other two police stations in the country - no. 1 in Singerei town and no. 3 in Buiucani district of Chisinau - were renovated and reorganized with the UNDP and U.S. support.

The project "Support to Law Enforcement Reform in Moldova" is implemented by UNDP with the financial support of the U.S. Government.