Almost 25 million jobs could be lost worldwide as a result of COVID-19, says ILO

An initial assessment of the impact of COVID-19 on the global world of work says the effects will be far-reaching, pushing millions of people into unemployment, underemployment and working poverty, and proposes measures for a decisive, co-ordinated and immediate response. 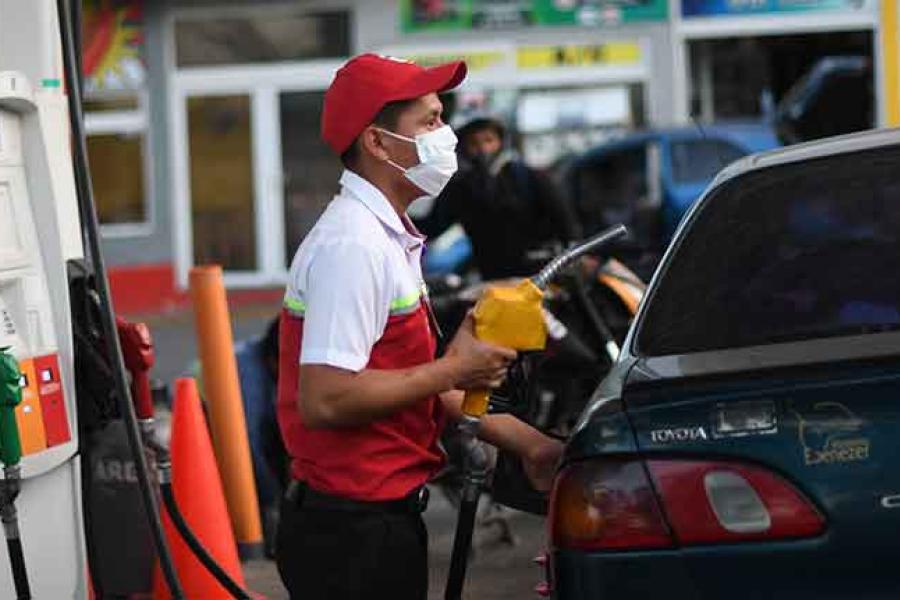 The economic and labour crisis created by the COVID-19 pandemic could increase global unemployment by almost 25 million, according to a new assessment by the International Labour Organization (ILO). However, if we see an internationally coordinated policy response, as happened in the global financial crisis of 2008/9, then the impact on global unemployment could be significantly lower. The preliminary assessment note, COVID-19 and the world of work: Impacts and responses , calls for urgent, large-scale and coordinated measures across three pillars: protecting workers in the workplace, stimulating the economy and employment, and supporting jobs and incomes. These measures include extending social protection, supporting employment retention (i.e. short-time work, paid leave, other subsidies), and financial and tax relief, including for micro, small and medium-sized enterprises. In addition, the note proposes fiscal and monetary policy measures, and lending and financial support for specific economic sectors.

Based on different scenarios for the impact of COVID-19 on global GDP growth, the ILO estimates indicate a rise in global unemployment of between 5.3 million (“low” scenario) and 24.7 million (“high” scenario) from a base level of 188 million in 2019. By comparison, the 2008-9 global financial crisis increased global unemployment by 22 million. Underemployment is also expected to increase on a large scale, as the economic consequences of the virus outbreak translate into reductions in working hours and wages. Self-employment in developing countries, which often serves to cushion the impact of changes, may not do so this time because of restrictions on the movement of people (e.g. service providers) and goods. Falls in employment also mean large income losses for workers. The study estimates these as being between USD 860 billion and USD 3.4 trillion by the end of 2020. This will translate into falls in consumption of goods and services, in turn affecting the prospects for businesses and economies. Working poverty is expected to increase significantly too, as “the strain on incomes resulting from the decline in economic activity will devastate workers close to or below the poverty line”. The ILO estimates that between 8.8 and 35 million additional people will be in working poverty worldwide, compared to the original estimate for 2020 (which projected a decline of 14 million worldwide).

“This is no longer only a global health crisis, it is also a major labour market and economic crisis that is having a huge impact on people,” said ILO Director-General Guy Ryder. “In 2008, the world presented a united front to address the consequences of the global financial crisis, and the worst was averted. We need that kind of leadership and resolve now,” he added.

“This is no longer only a global health crisis, it is also a major labour market and economic crisis that is having a huge impact on people."

The ILO note warns that certain groups will be disproportionately affected by the jobs crisis, which could increase inequality. These include people in less protected and low-paid jobs, particularly youth and older workers. Women and migrants too. The latter are vulnerable due to the lack of social protection and rights, and women tend to be over-represented in low-paid jobs and affected sectors.

“In times of crisis like the current one, we have two key tools that can help mitigate the damage and restore public confidence. Firstly, social dialogue, engaging with workers and employers and their representatives, is vital for building public trust and support for the measures that we need to overcome this crisis. Secondly, international labour standards provide a tried-and-trusted foundation for policy responses that focus on a recovery that is sustainable and equitable. Everything needs to be done to minimize the damage to people at this difficult time,” concluded Ryder.

For information on the subject we are inviting you to read these articles as well:

COVID-19 and world of work: Impacts and responses

Precarious workers pushed to the edge by COVID-19

COVID-19 and the world of work

Media Contacts
Author
Ala Lipciu
ILO
National Coordinator
lipciu@ilo.org
Ms. Ala Lipciu has a long working experience with the International Labour Organization (ILO), serving since 2005 as National Coordinator (NC) for Moldova. The ILO NC mandate involves country-level co-ordination and liaison on behalf of the ILO Decent Work Technical Support Team and Country Office for Central and Eastern Europe to facilitate and strengthen implementation of the Decent Work Country Programme (DWCP) in Moldova. Ms. Lipciu provides necessary programming and administrative support to the ILO technical cooperation activities carried out in the country. She also facilitates interagency information sharing and interaction with the UN Country Team in Moldova. She has degrees in public communication and economics. Ms. Lipciu holds master degree on Law, European Social Security from the Katholic University of Leuven, Belgium. She was awarded Master degree in Applied Labour Economics for Development by the University of Turin and the Institute d'Etudes Politiques de Paris (Sciences Po). Ms. Lipciu has a PhD degree in Economics from the Moldovan Academy of Economic Science. 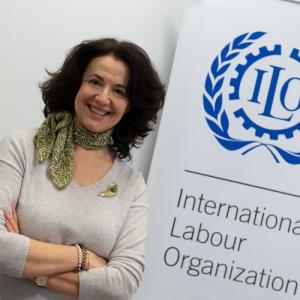