135 musicians from both banks of Nistru, including 95 children, teamed up for concert in Tiraspol, organized with the support of the European Union

Children's choir, rock music, symphonic orchestra - any one of these would give the audience chills. 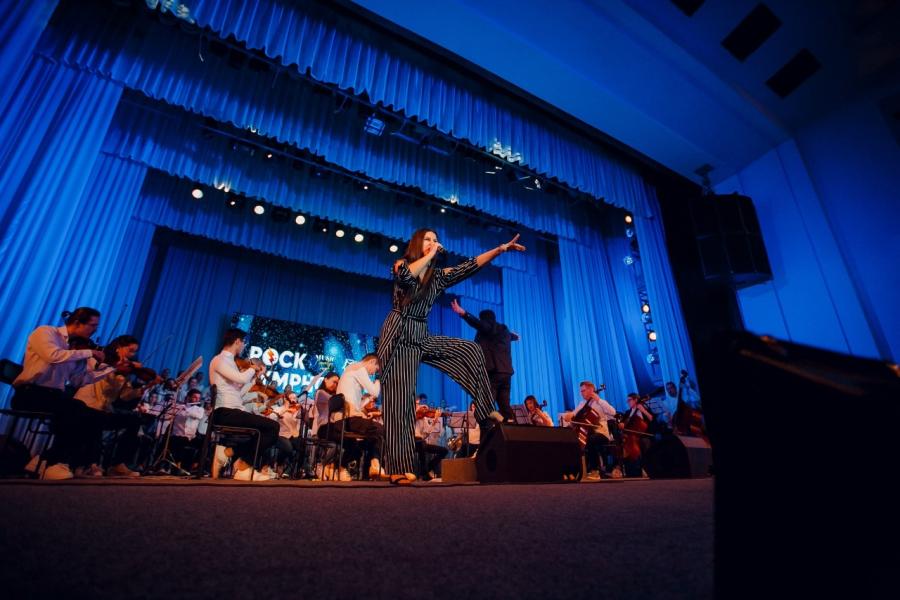 On Friday, they all gathered on the same stage to create a truly electrifying atmosphere.

Moldovan National Youth Orchestra, led by conductor Andriano Marian, expanded for an evening with 10 performers from the left bank of Nistru.

“Firicel” Choir from Tiraspol and “Sonor” Choir from Chisinau united in one stronger voice, moving hearts and spirits.

Seven singers, accompanied by instrumentalists and children, performed famous songs of legendary bands such as Queen, Nirvana, BI-2, The Scorpions, The Beatles and others.

These were the ingredients of the Rock Symphony concert, which took place in Tiraspol, and brought together musicians from both banks of Nistru river. The performance is part of Music Connecting People tour, organized by Moldovan National Youth Orchestra (MNYO).

Two other big concerts are scheduled for June and July 2020.  Altogether, the tour will combine 2,500 km and over 100 instrumentalists from Moldova, as well as from the European Union, USA, Russia and Ukraine.

The European Union supports these activities through the EU programme "Support to Confidence Building Measures", implemented by UNDP. The aim of the program is to bring closer people from the two banks of Nistru river by involving them in joint development projects.