Moldova intends to increase its commitment to greenhouse gas emissions reduction by year 2030, up to 70% compared to 1990

The Republic of Moldova has committed to unconditionally reduce the greenhouse gas (GHG) emissions up to 70% by 2030, compared to 1990. If Moldova manages to mobilize technical, financial and technological support (transfer of environmentally friendly and efficient in the fight against climate change technologies), then this conditioned reduction level could reach up to 88% as compared to the 1990 reference year level. 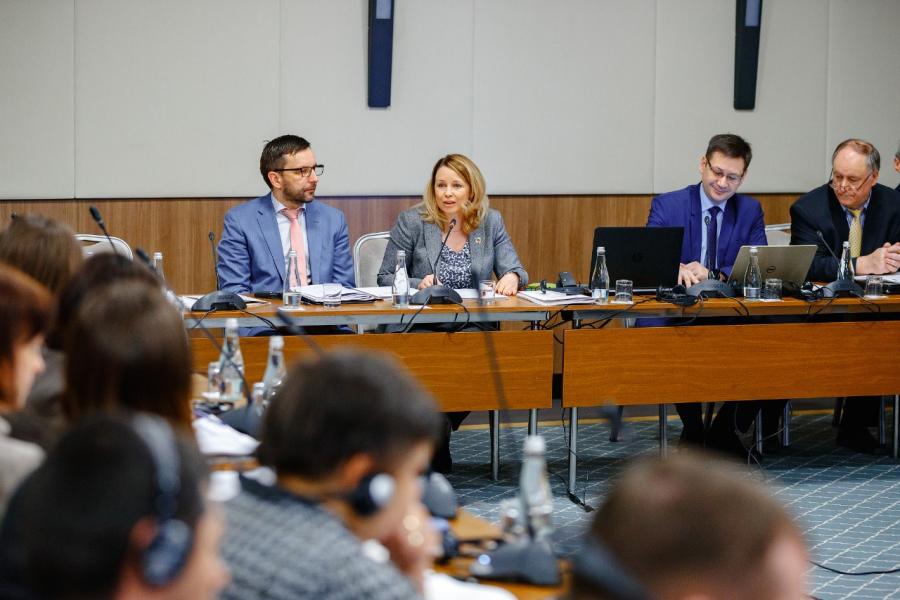 These commitments are part of the updated Nationally Determined Contribution (NDC) of the Republic of Moldova, under the Paris Agreement. In its initial NDC (2015), Moldova pledged to reduce its national GHG emissions with 64-67% under the unconditional scenario, respectively with 78% under the conditional scenario, as compared with the reference year of 1990.

The NDC was drafted with the support of the EU4Climate Project, funded by the European Union and implemented by UNDP, and was presented today at the national consultative workshop with interested public authorities and relevant stakeholders, including representatives of the academia, civil society organizations, private entities, business associations.

"Although the Republic of Moldova is responsible for less than 0.026% of global greenhouse gas emissions, it is affected by the global warming common with all countries. Forecasts show that the sectors most vulnerable to climate change are agriculture, water resources, forestry, health, energy and transport, which is why we will work together with the international community, both on mitigation and adaptation to climate change,” declared Dorin Andros, State Secretary of the Ministry of Agriculture, Regional Development and Environment.

Between 1990 and 2016, GHG emissions decreased in the Republic of Moldova by about 68%, from 44.9 Mt to 14.6 Mt CO2 eq. (without the contribution of the land use, land-use change and forestry sector). However, after 2000, the GHG emissions started to increase in Moldova by an average of 3.4% per year, while since 2010, the rate of emissions growth decreased to 0.12% per year. To keep emissions within the limits of Paris Agreement commitments, concerted efforts are needed.

"I am pleased that Moldova has made the performance of being 1stEeastern Partnership country to update its National Determined Contribution and both UNDP and EU will continue to offer its support to maintain this leadership and implement relevant climate actions targeting no net emissions of GHG in 2050 and decoupling economic growth from resource use," said Andrea Cuzyova, Deputy Resident Representative at UNDP Moldova.

The unconditional Nationally Determined Contribution will be implemented by redirecting public investments to GHG emissions mitigation activities, in accordance with the National Strategy for Low Emissions Development by 2030 and the Action Plan on its implementation (2016), developed within the 2014-2016 periods in the frame of the Global Low Emission Development Programme, implemented by UNDP in 25 countries. Conditional NDC implies an international financial support of about USD 5 billion for the implementation of GHG emissions mitigation measures between January 1, 2021 and December 31, 2030. Private sector will play a key role, of mobilizing investments in the modernization of the production equipment and machinery and in measures of greening the business.

The updated NDC of the Republic of Moldova under the Paris Agreement may be consulted on the webpages of the Climate Change Office.

With a total budget of 8.8 million Euro, the EU4Climate Project runs from 2019-2022 in the Eastern Partnership countries (Armenia, Azerbaijan, Belarus, Georgia, Moldova and Ukraine) and has the following components: (i) updating the Nationally Determined Contributions to the Paris Agreement; (ii) development of national mid-century low-emission development strategies (LT-LEDS); (iii) strengthening national systems for monitoring, reporting and verifying greenhouse gas emissions; (iv) alignment with the EU climate acquis; (v) integrating the climate dimension into the sectoral policy documents, raising awareness and developing sectoral guidelines for the implementation of the Paris Agreement; (vi) attracting investment in the field of climate change; (vii) better planning for adaptation to climate change.