The Central Electoral Commission presented the analysis of the local general elections organised in the autumn of 2019 from the gender equality perspective. The study, conducted with UNDP support, compares relevant data to the previous elections and covers the participation of women and men in elections as voters, candidates, electoral officials and observers. 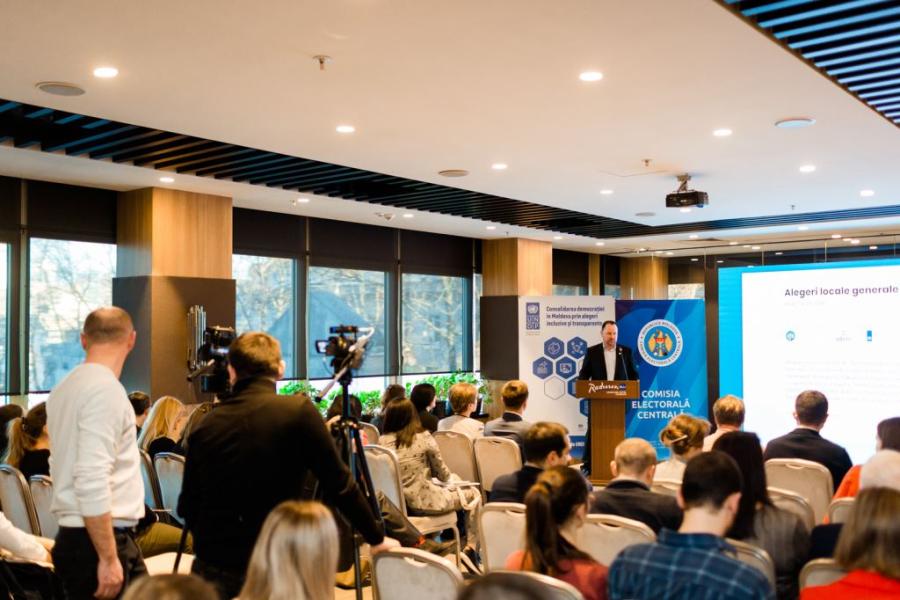 At the 2019 elections, over 24,000 women were registered by the electoral bodies as electoral competitors for the position of mayor and local councillor of level I and II. This number represents 44% of the total registered electoral candidates.

After both rounds of elections, the Republic of Moldova has today:

The amendments to the Electoral Code made in the summer of 2019 were enforced during the latest local general elections in the Republic of Moldova. By these amendments, a quota of minimum representation of 40% for both genders in the lists of candidates of political parties and placement/ranking formula for the candidates in the list – at least three candidates for every ten seats – was observed.

The Chairperson of the Central Electoral Commission, Dr. Dorin Cimil, noted: “Good results were achieved, as the participation and involvement of people grows. However, the society has to understand that gender, along with ethnic origin, physical condition, cannot hinder the right of a person to be elected and to represent his/her community. The Central Electoral Commission will continue in 2020-2023 to promote gender equality in electoral processes as an objective included in the new Strategic Plan of the institution.”

Alla Skvortova, Programme Specialist at UNDP Moldova, said: “In line with the 2030 Agenda for Sustainable Development commitment to leave no one behind, I am pleased to note that the joint efforts to increase the participation of women and men in elections and decision-making processes have brought results.”

The analysis of local general elections from the gender equality perspective was conducted by the Central Electoral Commission and UNDP Moldova within the Project “Enhancing democracy in Moldova through inclusive and transparent elections”, funded by the United States Agency for International Development, British Embassy in Chisinau through the Good Governance Fund and the Embassy of Netherlands through the Matra Programme.

The UNDP supported similar analysis for the 2014 parliamentary elections, local general of 2015, presidential of 2016 and parliamentary of 2019.