An online game engaging youth to learn more about forms of corruption and mechanisms for combatting it was launched today, 27 April 2021, by the United Nations Development Programme (UNDP) in Moldova and the National Anticorruption Center (NAC). 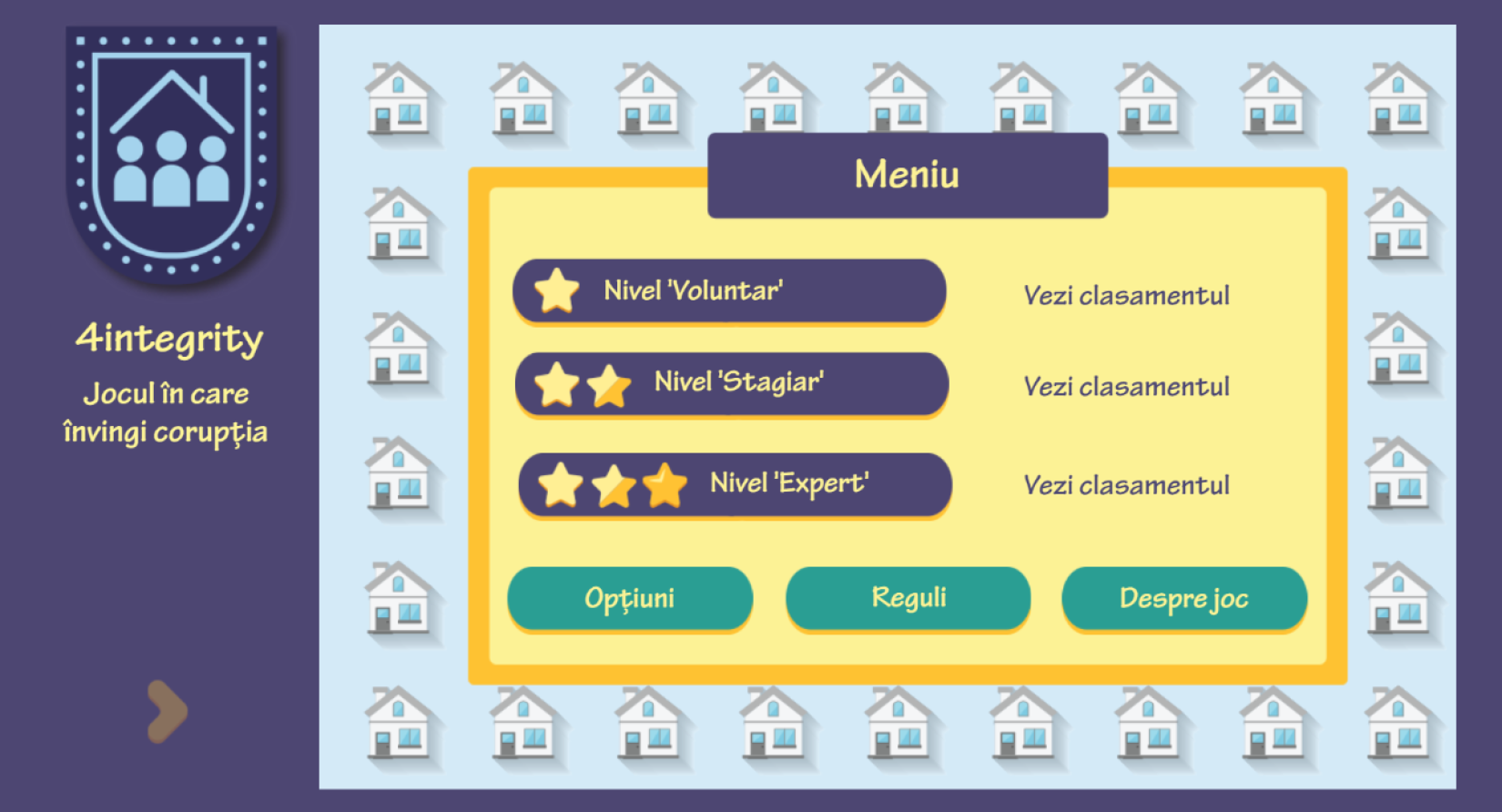 The “4integrity” game simulates a community in which corruption expands, and the player has to block it and finally eliminate it. The virtual activity is composed of little houses, representing both inhabitants and public institutions: municipality, hospital, police, school, and kindergarten. The player has to block corruption before it controls public institutions, and at the final stage of the game – to eliminate completely corruption from the community.

“4integrity” has three levels – depending on the complexity of the questions posed to players – volunteer, trainee, expert.

“The game we have launched today is an interactive and creative educational tool for acknowledging the negative phenomenon of corruption and its impact on society’s development. At the same time, it aims to determine the young people not to give and not to take bribes, regardless of the context, and also to encourage the young people to report corruption acts to the competent bodies,” mentions Olga Crivoliubic, Project Manager, UNDP Moldova.

“We have developed the idea of a new educational project encouraging game-based education through an innovative method. The game aims to educate the society in the spirit of integrity and to set up the skills of opposing resistance to corruption phenomenon among youth, but also general population,” noted Ion Pruteanu, Head of Anticorruption Education Division, National Anticorruption Center.

The questions for the game were developed with the involvement of a group of NAC anticorruption volunteers, pupils and students from different educational institutions in the country.

“I am sure that this game will become an efficient tool to inform the youth and will also help them to understand how corruption impacts us all. Having access to the online tools for prevention and information, we are better prepared to face corruption and to know exactly how to react in such situations,” says one of the anticorruption volunteers, Gheorghe Tătaru, pupil in the XII grade, at the theoretical lyceum “Emil Nicula”.

The online game “4integrity” was developed within the “Curbing corruption by building sustainable integrity in the Republic of Moldova” project, implemented by UNDP in partnership with the National Anticorruption Center, with the financial support of the Norwegian Ministry of Foreign Affairs.

The project is carried out during 2019-2021 and contributes to developing the capacities of the public and private sectors’ stakeholders, as well as of civil society organizations, for efficient implementation of corruption prevention tools and standards.