With EU support, the school in Baltata village, Criuleni district, switched from gas to biofuel produced by a local entrepreneur

Waste can be a reliable energy and income sources 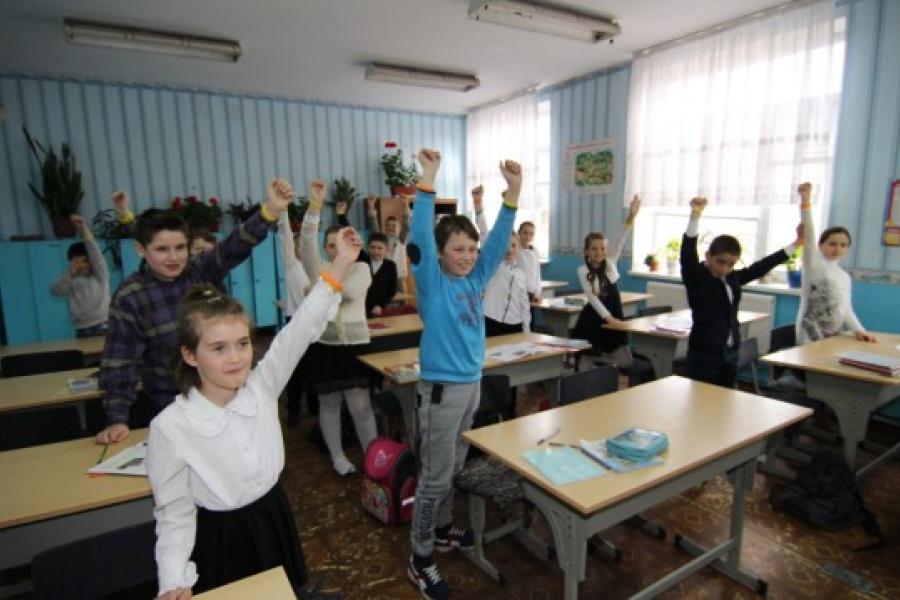 With EU support, the school in Baltata village, Criuleni district, switched from gas to biofuel produced by a local entrepreneur
Photo | UNDP

Founded early in the XX century by Ukrainians who had migrated from the Western Ukraine and bought land to a local landholder, the Baltata village in Criuleni district has about 2,000 inhabitants.

Given the growing number of the population and the need to maintain a large school, the local government decided in 2011 to apply for the European funds of the Energy and Biomass Project and installed a 220 kW pellet heating plant. The boiler heats the school with the area of ​​2,000 square meters which has more than 160 pupils. Previously, the school was heated by natural gas, but not all rooms were heated, because of the high costs.

“We did not have enough money to heat the sport hall, the corridors, other rooms of the school and the children were cold. In fact, we did not have the most comfortable temperature at least in the classrooms. Now, the whole school is heated and the temperature is much better for children, while the costs are lower. Moreover, we can be sure that the fuel supply will not be interrupted, because it is produced right in our village”, the school director, Galina Todoriuc, says.

The Energy and Biomass Project has allocated, from the European funds, more than 80,000 EUR for the purchase and installation of the heating plant and the community contributed with over half a million Lei. Now, the costs during a heating season amount to about 120 thousand Lei, that is 40% less than the amount paid for gas heating.

“We plan to switch from gas to biomass other local public buildings: mayoralty office, kindergarten, community centres. We need to invest in sustainable community development in order to ensure the clean future for next generations”, the community mayor, Olga Coronciuc, believes.

Waste can be a reliable energy and income sources

The heating costs are even lower, if the biofuel is purchased within a distance of less than 50 kilometres. This is just the case of Baltata, where Pavel Cersac launched a business five years ago, producing pellets from sawdust, straw and sunflower husks. Afterwards, he has diversified its business and, using the same equipment, he also produces combined feed for rabbits.

“The idea of a pellet production business came to me at an international exhibition, where I saw how the biomass was transformed into biofuel. In our village, there are several wood-processing enterprises, several farming cooperatives that generate a lot of wood waste and I thought that, instead of treating it as just waste, it might become a source of income”, Pavel Cersac says. The entrepreneur sells to the village school about 40 tons of pellets per season and, being aware of the biofuel efficiency, many families in the community switched to biomass heating. In order to meet the demand, the entrepreneur intends to plant energy crops, which will provide to him quality raw material.

“The renewable energy means more than energy security and climate preservation. It also means energy and resource efficient modernisation, in line with other EU countries, socially equitable and with low carbon emissions”, Victor Cotruta, manager of the Energy and Biomass Project, stated.

Facts about Moldova Energy and Biomass Project: The Energy and Biomass Project, the first large project in green energy sector launched in 2011, has an ambitious purpose: to contribute to safe, competitive and sustainable production of biomass energy, the most viable and accessible source of renewable energy in the Republic of Moldova. Throughout 6 years of operation, it has undertaken a visible change within the national energy sector: