Four e-justice rooms have been opened in Moldovan prisons

COVID-19 pandemic has suspended the hearing process in courts and restricted substantially the access of lawyers, prosecutors, mediators, criminal proceedings officers and family members of people detained in prisons. As of today, fair access to justice will be also ensured via remote (e)justice rooms during the time of pandemic. 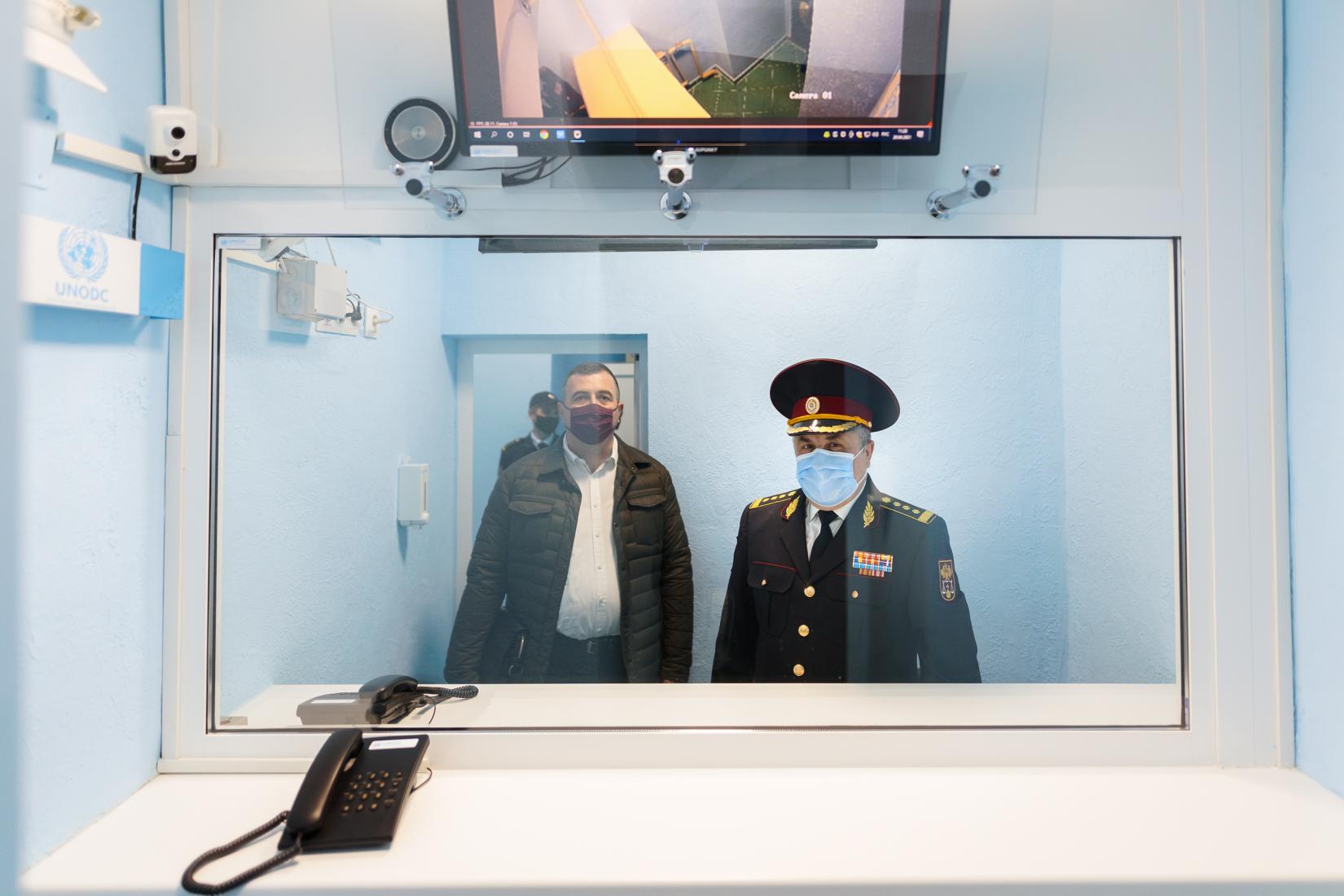 Each room has got cubicles fitted with equipment for video conferences, via which the person held in detention or under criminal proceedings may participate in the trial, discuss with his/her lawyer or the prosecutor and, of course, may communicate with his/her family members, relatives or friends. Likewise, the cubicles are separated by glass windows with intercom system, so that the lawyers or prosecutors may come to the prison and talk to the persons held in detention or under criminal proceedings, without having any physical contact with them. Moreover, the minors held in prison remand centres may continue the education process, having access to on-line classes.

All anti-COVID-19 measures are observed within the cubicle, as it is fitted with a ventilation system, germicide lamp and disinfectant dispenser. Another important matter is that the new cubicles secure also confidentiality of discussions held within, regardless whether they were held online or offline, as the whole cubicle is soundproof.

Simon Springett, UN Resident Coordinator in Moldova, stated: “The e-justice rooms are a very timely intervention allowing continuation of the justice process without the requirement of moving between facilities, via teleconferencing. This means that the processes can continue, but at significantly less risk to prisoners, prison staff, lawyers, and judges”.

Ina Tcaci, the United Nations Office on Drugs and Crime (UNODC) Programme Coordinator in Moldova, has mentioned: “By having implemented the remote (e)justice rooms, the Republic of Moldova has aligned with the UN minimal standards and rules regarding the detention of people, such as Nelson Mandela Rules, Tokyo Rules, Bangkok Rules, Doha Declaration, as well as with the recommendations aimed to prevent the spread of COVID-19 in prisons. The accomplishment of this Project would not have been possible without the openness and engagement of the National Prison Administration, and of the Management and staff of each of those four prisons”.

Vladimir Cojocaru, Acting Director of the National Prison Administration, stated: “With the help of new multifunctional rooms located in those four prisons we manage to triple the number of requests to attend the trials. Likewise, this teleconference system will also contribute to reducing the incidence of COVID-19 infection in the prison system. I am confident that, jointly with our development partners, we will manage to strengthen fair administration of justice and develop new standards in the detention system during such complicated times”.

Victoria Galagan is detained in Prison No.11-Balti for many years, while the cubicle fitted with teleconference equipment would facilitate communication with her daughters and grandchildren residing now in France. Victoria has already attended several online reunions, and she says that each of them gives her strength to move forward for the life to follow after serving the prison sentence.

Since the beginning of COVID-19 pandemic, the Moldovan Prison Administration has encountered numerous requests to escort the people detained in prison to the prosecutor’s office, courts or public institutions to attend the trial or criminal proceedings. The physical movement of those persons and of prison staff implies major risks of infection with COVID-19 and, respectively, may cause the creation of outbreaks within prisons. Hence, as many as 948 requests were lodged to escort people to criminal justice processes over the last week, of which 710 were carried out via the teleconference system.

Out of those circa 6500 people deprived of liberty, 166 were infected with the new coronavirus. At present, there are four active cases, the people concerned being subject to treatment. As for the prison staff members, there were recorded 430 positive cases of COVID-19, and two people failed to fight the coronavirus.