Supported by the European Union, the first development center for children was opened in Ceadir-Lunga town

It is Natalia Petis’s story from Ceadir-Lunga, who opened the first development and recreation center for children in her home town 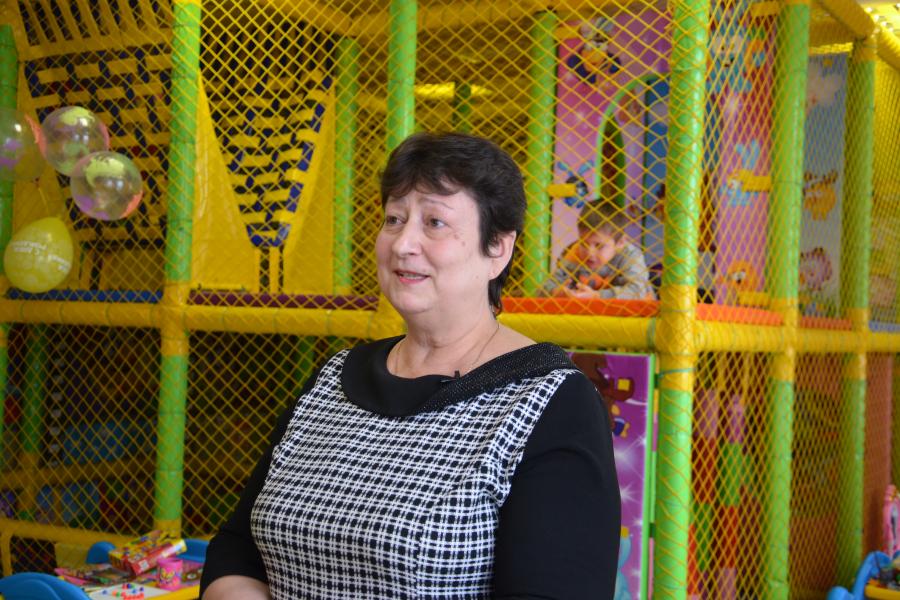 Supported by the European Union, the first development center for children was opened in Ceadir-Lunga town
Photo | UNDP

Until two months ago, there was no indoor playground for children in Ceadir-Lunga, a town with a population of about 23,000. There was no place where children could spend their leisure time, especially during the cold time of the year. “I have been thinking over it for a long time, but just did not dare to put in practice because I had no money to invest,” says Natalia. Her idea materialized only last year, after she won a grant from the European Union through Support for Agricultural and Rural Development in ATU Gagauzia and Taraclia (SARD) Programme, implemented by the UNDP.

“How lucky I was that this grant of over 7,820 Euro (USD 8,500) came as a “package” along with the help of a few specialists in entrepreneurship, who have been guiding us at each stage,” adds Natalia Petis.

Helped by mentors, she built her business-plan, purchased necessary toys and equipment, arranged playgrounds by a few thematic zones and launched a promotion campaign. The “Smeshariki” Center, with its modular labyrinth, a ball pit, fairy-tale houses and numerous educational toys has already become so popular that it cannot house all the children of the town wishing to visit it, aged 1 to 7. More and more often the center is demanded as an event venue to host children’s birthdays.

“With opening this Center, I feel as if I have become more energic, more confident of my own forces and more optimistic about the future. I have no time to waste. We try to build here a world of fairy tales for our children, where they will want to come back for more knowledge, positive emotions and new friends,” says the Director of the Center so cheerfully, that no one dares to interrupt her.

Her happiness is shared by the 3 employees of the Center, who got here their permanent jobs in their home town, as well as by the local parents. “We come here every day-off, because our little girl likes this Center. She learns many new things while playing and can socialize with other children. And we have no worries about her, because we know we have left her in a safe place,” says Andrei Caraman, father of a 2-year old girl.

Natalia’s plans, however, go far beyond this. She already works from early hours trying to organize some development courses for early education of children, as well as English learning, plastic arts and decoration courses. “We want to stimulate children’s interests towards science and arts, but we want to do it as a game, learning step by step but solidly,” says Natalia Petis.

She also told us that starting this business was a challenge, and that she accepted this challenge owing to her family. They support and encourage her. “My daughters and 3 grandchildren have much appreciated my business idea. They give me the necessary courage to move forward. The business world implies much effort, endeavor and involvement, but it also gives you enough satisfaction instead,” says Natalia Petis.

She believes anyone can be a successful entrepreneur. What you need is a good idea and a strong will to fulfil your dream. At the same time, she thinks that EU grants contribute to a more active participation of women in the labor market. Why? "Because the EU funded projects respond to the main challenges faced by women. I think some women do not start their own business because they have no money to invest, but because they do not trust in own forces. Some women are afraid of a possible failure of the bureaucracy. The European Union, through its programs, encourages women and supports them to overcome these obstacles," says Natalia Petis.

Although she has a modest experience in business, she learned some useful lessons. "To be successful in business, you need to be careful about customer’s wishes and respond promptly to them. Generally, it's good to build friendship and trust with your customers. Equally important is to promote the business and have a long-term strategic plan for its development," she says.

Natalia Petis is one of the 30 entrepreneurs from ATU Gagauzia and Taraclia district who were awarded with EU grants worth of up to 18,500 Euro each and benefited of consultancy services enabling them to set up or develop their businesses within SARD Programme.