At Palanca, it takes a passport to go digging

People go digging their land plots with their passports in the pockets. 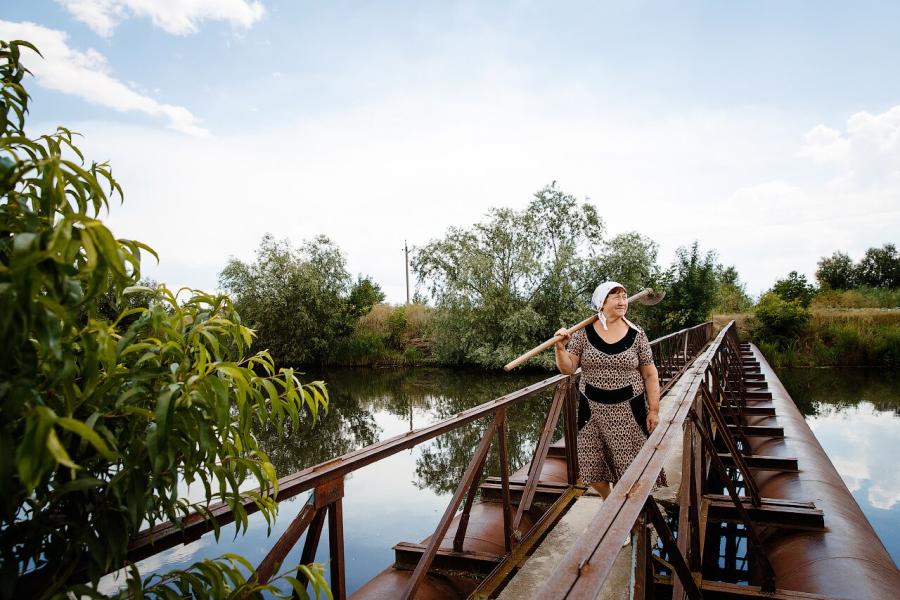 At Palanca, it takes a passport to go digging
Photo | UNDP

This has been an ordinary experience for years for the villagers of Palanca, Stefan Voda district, who own land plots over Odessa-Reni highway.

Within a few months the farmers will get much easier to the destination. The brand-new border crossing point built with support of the European Union and the Government of Moldova, will have a pedestrian control point.

Besides the inhabitants of Palanca, drivers and passengers which will cross the border will benefit from better conditions. The crossing point, which will be functional by the end of this year, will ensure a single check by border police and customs officers from Ukraine and the Republic of Moldova. Thus, the waiting time at the border will be considerably reduced and therefore, the flows of passengers and goods will increase.

“It is very difficult to bring the harvest into the village”

Nicolae Dudnicenco is agronomist and takes care of over 140 hectares of land fields rented out from Palanca villagers by a private company. Many of the owners are old and cannot process the land all by themselves, thus they lease their land plots in exchange for agricultural products. During this year, the company planted these land plots with sunflower, corn, wheat, etc.

During the summer time, Nicolae Dudnicenco goes through the border control procedure at least twice per day so as to get to the fields he is responsible for. The same rule is applied to tractors’ and croppers’ drivers, performing agricultural works, as well as to people recruited for harvesting. The villagers got used to these controls, but they are not happy with the fact that they have to walk for about seven additional kilometers on a road full of holes in order to get to the crossing point open for them.

“We will start harvesting the sunflower plants in two months. We are expecting a rich harvest, but we already are concerned with how to take it to the village. The road is very bad. Besides, we pay more for fuel as we have to take a bypass road”. He thinks that these issues will be over when the new border crossing point will be launched into operations. “The control will be performed just once, and this means that we will cross the border more easily with all the equipment we need for processing the land,” says Nicolae Dudnicenco.

While those who have leased their land plots have forgotten about land processing, those holding small land plots are facing real challenges when they have to sow, to dig, and to harvest. After having their documents checked by border police and Customs officers, they have to walk on the Odessa-Reni highway, and subsequently to cross a ten-meter wide irrigation channel using a damaged bridge.

A segment of 7.7 kilometers of Odessa-Reni highway in the region of Palanca village was transferred to Ukraine based on the Additional Protocol of the Border Agreement signed by Ukraine and the Republic of Moldova on 18 August 1999. Over 900 hectares of land fields belonging to people from Palanca are located in this area. The mayor of the locality, Larisa Voloh, says that about 400 villagers need permits in order to get to the land plots located after the highway. And the problems kept on for years. “We have different challenges. For instance, for a period of time, you could cross the border in the morning only after 8:00 o’clock, while during the summer time, the works in the field start much earlier, with the sunrise,” explained the mayor.

Valentina Smantana is retired, but she continues working at the events’ hall. The woman owns some land plots in another area of the village, but sometimes she crosses the border to help her neighbors to dig or to harvest. The access is rather complicated in her opinion: “The villagers from Palanca have no priority now. We always have to have our IDs with us. If you forget it, go back home! We need just one simple thing – to be able to come here to dig the land plots and to return back home.”

The woman says in autumn they face most issues, when the villagers have to bring the harvest into the village and need a special permit for the car or the carriage. Although they face difficulties, the majority of villagers process their lands and do not leave them in the lurch, as this is one of the few sources of income they have. “How else could the people from the village make the two ends meet? They cannot rely only on salary or pension. They have to work, there is no other way out,” says Valentina Smantana.

Very soon, people from Palanca will be able to get easier to their land plots. A pedestrian control post shall be available at the border crossing point from Palanca, benefiting persons crossing the border on foot or by bicycle.

According to Adrian Bejenaru, UNDP Project Manager, the peculiarity of this locality was considered since the very outset of designing the new border crossing point. “It was at the very stage of initiating the project when we considered the needs of the inhabitants from Palanca village in relation to access to the properties they have over Odessa-Reni highway. Hence, it was decided that the future joint border crossing point should have a pedestrian control post, reserved for them.”

The control procedure will be considerably faster at the new state border crossing point and will take 7-8 minutes. The access will be easier not only for pedestrians, but also for drivers and passengers.

"With this project, we are trying to bring concrete benefits for the population of this country, as well as the citizens of Ukraine. The construction of the joint Palanca crossing point according to EU standards and bringing EU border management principles closer to the direct beneficiaries of this project will stabilize the economy, while facilitating trade. The support EU is providing will contribute to a sustainable economic development of the region, meaning better living conditions for the local population", said Aneil Singh, Head of Cooperation, EU Delegation to the Republic of Moldova.

The mayor Larisa Voloh considers that after the launch into operation of the new border crossing point, investments could be attracted into this area, as it has a touristic potential which is not fully harnessed: “We are in the wetland “Lower Nistru”, we have a lot of species of birds and animals here. Touristic routes could be developed, and observation towers could be built for those who would like to visit these places.” At the same time, the local authorities hope that when the new border crossing point gets opened, it will be possible to re-launch as well biomass production in this area, which has a lot of reeds. In the past, there was an economic unit making briquettes in this area.

The state border crossing point in Palanca, managed jointly by the Moldovan and Ukrainian authorities, is built from foundation with the assistance provided by the European Union and will be launched into operation until the end of 2018. The construction will cover a territory of 2.6 hectares and will include a modern administrative building with over 30 offices for the employees of Moldovan and Ukrainian Border Police and Customs Service, and specially equipped spaces for control of cars and trucks, etc.

It is estimated that due to the new construction the number of people crossing the border through Palanca could reach 1.2 million each year. The new infrastructure will also increase border security and reduce corruption.

The budget for the respective construction works amounts to 6.18 million Euro, of which 4.5 million Euro are provided by the European Union and 1.68 million Euro – by the Government of the Republic of Moldova. The project is implemented by the United Nations Development Programme (UNDP).

The border crossing point from Palanca is located at the southern-eastern border of the Republic of Moldova, about 150 kilometers away from Chisinau.