Sun and biomass bring clean energy to the kindergarten of Lozova, Straseni

Since autumn, the institution will have a modern biomass heating plant and solar panels. 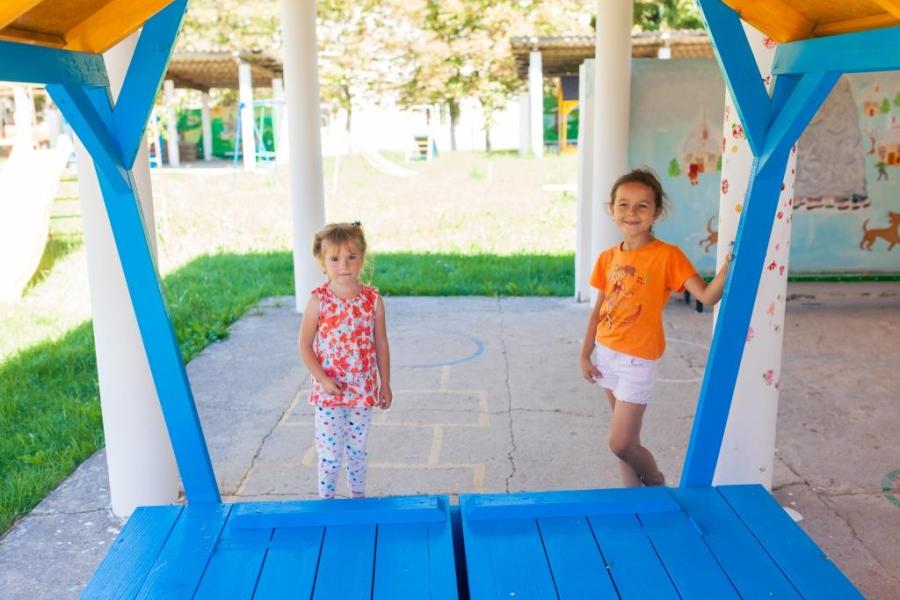 Modern technologies are installed with the European Union support within the Moldova Biomass and Energy Project implemented by the United Nations Development Programme.

The new system will generate hot water throughout the year and heating during cold season in the two blocks of the kindergarten and one of the buildings where the primary school is located. In total, over 500 children and teaching staff will benefit of better conditions.

“The installation of a biomass heating system at the kindergarten was a priority for Lozova Town Hall,” said the mayor Lilian Botnaru. The heating expenses “consume” most of the money of the budgetary institution; the gas heating system is obsolete, and often is out of order during winter. “Every year the heating costs more than we budget. For instance, last season the institution paid over 300 thousand MDL for heating, while only MDL 200 thousand were budgeted. Under these circumstances, there is no money left for kindergarten’s infrastructure development and upgrade,” said the mayor.

Clean energy and energy efficiency – a priority for Lozova village

In the past years, energy efficiency projects became of interest for Lozova village, especially since the community is member of the Covenant of Mayors for Climate and Energy, an EU initiative. The installation of biomass heating system is the first step towards the fulfillment of the commitments assumed by the Town Hall when signing this document, one of which is the reduction of carbon emissions by 40% by 2030.

The investments for the new system design, as well as the construction from scratch of the building for the heating plant and procurement/installation of two efficient pellet-based boilers, with a total capacity of 450 kW, as along with a set of six solar collectors, account for MDL 1.6 million of European funds. Community’s contribution is MDL 334 thousand, money that was used to build the biofuel warehouse.

The construction works of the new heating plant are under way. “State-of-the-art equipment with energy efficient and automated pumps will be installed. If a heating pump breaks, the second starts automatically. The plant can be connected to Internet to monitor remotely its work,” said Andrei Mereacre, the representative of the company that builds the biomass heating system and installs the solar panels.

The Town Hall and the administration of the kindergarten are happy to use locally produced renewable energy and keep the money in the country.

Green energy has proved its efficiency in the neighboring village

While the efficiency of green energy of Lozova kindergarten will be proved in a few months, the administration of the kindergarten in the neighboring Vorniceni village says that the benefits of the new technology are obvious.

“We have 21-23 degrees now compared to 13 degrees in the past. Also, we have hot water in the entire institution and it is a huge advantage. During the day, children wash often their hands in the kindergarten – before and after meals, when they come inside, etc. It was difficult when we did not have solar collectors and we had to heat the water,” said Maria Ursu, the Acting Director of the kindergarten.

To wash dishes, the water was heated with electric boilers that resulted in very high expenses, and still there was not enough water for everyone.

“Children are not getting sick as often as before; we had almost 100% attendance last year.  Parents are content, and we are too. The number of respiratory infections and viruses has decreased considerably,” said Maria Ursu.

Kindergartens of Lozova and Vorniceni are among 233 public institutions that installed biomass-heating systems and are among the 70 kindergartens and hospitals connected to solar water heating systems, with the European Union support within the Energy and Biomass Project.