Quieting the river flow in Vulcanesti

Each heavy rain used to bring disaster to the houses and gardens of Vulcanesti town. 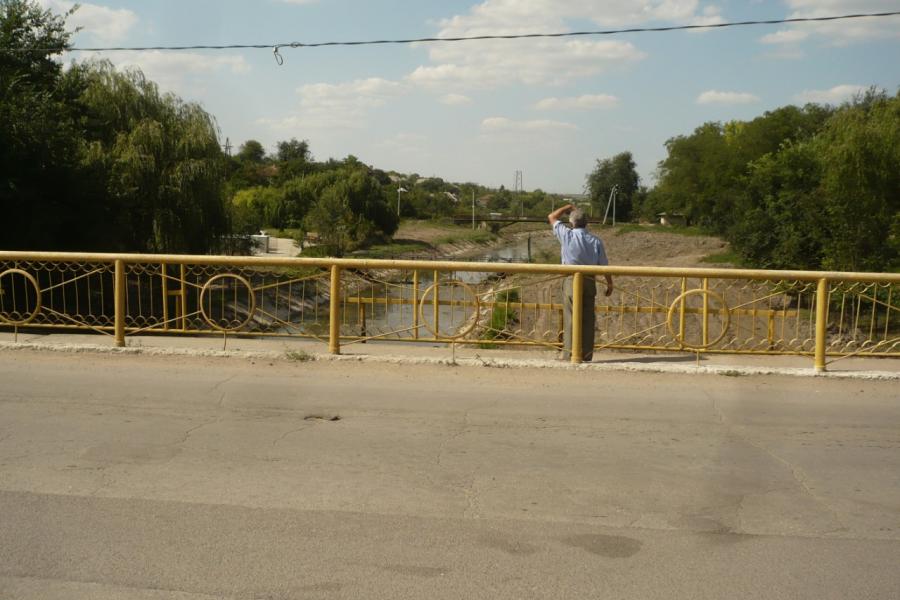 Cahul River, that crosses the town, would overflow, letting waters and silt freely gurgling in people’s basements and cellars. The river itself was full of silt, having not been cleaned for years and years.

Recently, about three kilometers of the riverbed were deepened and cleaned. Now the Cahul River looks quieter, and its waters are crystal clear. All these investments were possible with the support of the European Union, through the Support to Agriculture and Rural Development Programme (SARD), implemented by the UNDP.

Ion Presenti, an inhabitant of Vulcanesti, is used to keep high and short rubber boots next to the door of his basement, which would always sink in water, starting with December and till May: “First wave would come in abundance, one could not enter inside even in high boots. Then it would drop 20 cm, then 10 cm, yet these rubber boots would always be here on guard at the basement door, day and night. The water would drop until the next rainfall, then it would come back.”

Year by year, he tirelessly flighted the water streams. Ion lifted the shelves for cans at 30 cm above the floor. After twenty years of struggle to keep his home intact, he still can’t believe his family’s nightmare is over: “July was very rainy. I was away in Chisinau for a week, and when I came back home and went to the cellar, there was no water in it,” tells Ion Presenti.

Lidia Cavalji had to move away from the river’s bank twenty years ago: “It was in 1991, when waters reached our windows. I cannot remember a year without floods”. The house’s walls look like maps, being covered with marks of floods, while the door, destroyed by humidity, had to be replaced. After each flood, Lidia Cavalji had to evacuate water from the basement with a bucket, or she had to ask for help from the Emergency Service.

Now, finally the basement of her house is dry. “Before, I would take a flashlight and would check out every hour whether water was there or not. But now, everything is dry!” she says joyfully.

Dimitri Pasmac has cans in his cellar almost entirely plastered with dry silt, as in the other 60 households near the Cahul River. The man says he is tired to clean up after each flood. Luckily, the waters of the last rainfall did not come inside: “The foundation of the house was destroyed by water, and the walls absorbed humidity. We’ve seen floods leaving us without poultry, and a dog of mine drowned after one of them.”

Floods caused annual losses of over 2 million MDL, or about 15% of the local budget, as noted by the mayor of Vulcanesti, Victor Petrioglo: “With the riverbed cleaning project we will be able to solve the problem of floods, mud and infections generated by all the waste thrown on the river shores.”

The waste left on the riverbanks has caused health issues to local people, but also to animals and birds. “Because of ignorance, unfortunately people jeopardize their own health. People are disposing their waste on the river banks, and yet they feed their animals and birds with grass from the same river shores. The dump site brings a lot of rats and we end up with sick animals and dead birds,” mentioned Ivan Poidolov, Head of the Animal Health and Wellbeing Service of Vulcanesti.

The total cost of the Cahul river cleaning and management project is of 126,942 Euro, including 70,000 Euro offered by the EU, the rest being the regional and local authorities’ contribution.

The shores were cleaned, the riverbed was deepened and the access roads to the river were paved. The next step will be to establish recreation areas on the shores of the Cahul River.

The local administration is now determined to put an end to waste disposal on the shores of the river. With the help of SARD programme, they plan to establish an inter-municipal waste management system. The service would be available to other three localities near Vulcanesti: Alexandru Ioan-Cuza, Etulia and Cismichioi villages.

“We gathered local people and explained them the advantages of a centralized waste management system. Tariffs will not be high, and people are highly motivated. We need to bring the neighboring villages on board, otherwise the river brings the disposed waste back to us,” said Victor Petrioglo, mayor of Vulcanesti.

The total cost of the waste management modernization project for the four localities is of nine million MDL. The local authorities aim to launch this service later in 2018.