In Musaitu village, a local market was built with the support of the European Union

An agricultural market has been inaugurated! 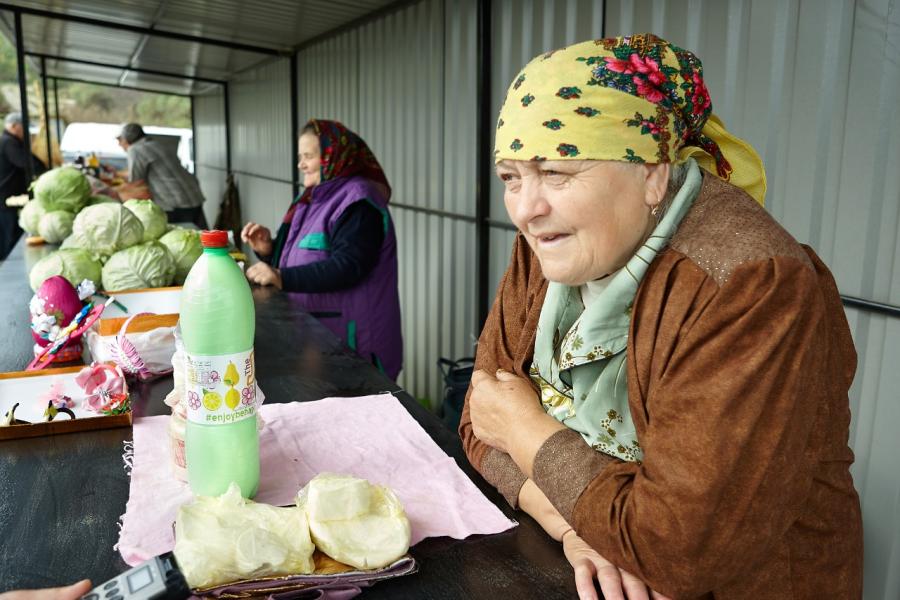 In Musaitu village, a local market was built with the support of the European Union
Photo | UNDP

Every Thursday, people of Musaitu village in Taraclia district, populated mostly with Bulgarian ethnics, have a new meeting point, right in the heart of their small community – the agricultural market, recently inaugurated.

This was possible thanks to European Union’s support, offered in the framework of the “Support for agriculture and rural development in ATU Gagauzia and Taraclia district” (SARD) Programme, implemented by the UNDP.

Alexandru Tatu is a senior citizen and a regular trader at the local market. He notes that villagers are socializing mostly on Memorial Day, at the cemetery, once a year, and weekly at the market: “I am making brooms and waving baskets from osier cans and selling them. I can see now people coming with more confidence, as the new setup encourages buyers to stay longer and purchase more”. “Vacuum cleaners are good for cities, but in villages we still use brooms,” adds the man teasingly.

Natalia Dimova, Alexandru’s neighbor at the market, sells milk, cheese and cream and seems content: “Europe has finally arrived at our home,” says the woman while slightly turning her head over the shoulder.

Before, villagers were very often complaining about lack of a local market. In its absence, people were improvising selling booths next to the culture facility. On sunny days, the products were displayed along the alley around a historical heroes’ monument, as well as on the fence around it, up to the bronze soldier's nose. On rainy days, everyone would race on the stairs of the Culture House, under the roof, where they would always argue for space.

“Every Thursday we felt like sinking into the ground with shame for the way the village center looked like,” remembers the village's mayor, Raisa Tasnicenco. Formerly, for 10 years, Raisa hold the position of secretary at the Mayor’s Office.

The mayor of Musaitu admits that they wouldn’t have managed to build and arrange the local market in such a short time without EU’s support. She thinks that the greatest value of the project was bringing people closer under one umbrella – Local Action Group (LAG).

Musaitu is one of the 44 communities from Gagauzia region and Taraclia district that pilot the European Union’s approach LEADER, that aims to boost rural development by citizens’ participation. So, Musaitu joined efforts with other 19 neighboring rural communities, and formed the Zhemchuzhina Yuga LAG (translated as Pearl of the South).

“Our LAG is so diverse and concentrated, as we cover many ethnicities in just 14,000 inhabitants,” notes Ruslan Liteanschi, the leader of the group.

The LAG members visited all communities and discussed with people from all walks of life. Regardless of language spoken, they realized they share same burdens and concerns and they could team up to find a common solution. “In this thick folder we have gathered 140 dreams translated into project ideas of all kinds, from infrastructure to culture,” says Ruslan Liteanschi.

During discussions, people agreed that all roads lead to … Musait, as it is in the centre of the LAG. So, everybody agreed that one of the first projects to come to life is the one of the local market. Each LAG project, including the Musaitu market, benefited from a co-financing from SARD Programme, in amount of approx. 24,000 EUR.

So, MDL 104,500 were allocated for the construction and arrangement of the local market in Musaitu. The funds were used for the procurement of building materials, the works being carried out by villagers on a voluntary basis.

Next step will be to organize market days also on week-ends. The municipality has other ambitious plans: to arrange parking places, to install garbage containers and extend the water pipe to the market site.

The journey of Pearl of the South LAG is just beginning, as mentioned by the local leader, Ruslan Liteanschi: “We were helped to make the first steps, and soon we will be ready to run our first marathon. We realized that only together we are strong enough to improve our livelihoods and enjoy a better life. We used to be only neighbors, now we are friends with the other members of the LAG. We consult and help each other.”