His in-house innovative technologies allowed him to produce a 100% environment-friendly twine. 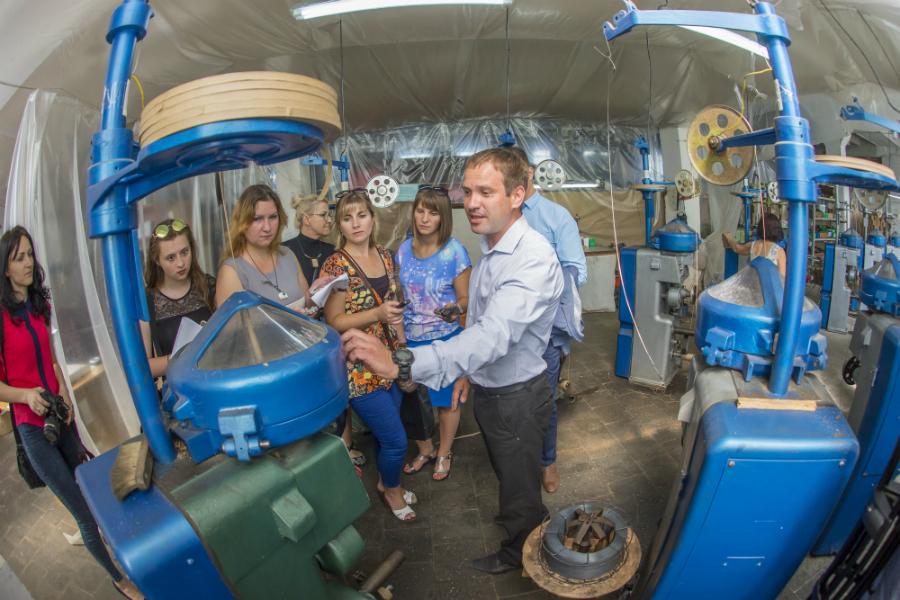 It even crumbles into dust at the first touch and dissolves in soil, which saves farmers from extra work. The business was launched thanks to an European Union grant, provided in the framework of the UNDP-implemented Support to Confidence Building Measures Programme.

Andrei Climenco is an engineer by background and the idea to start a business came after a conversation with a former employee at a metallurgical plant which used to produce agricultural twine. He then spent almost a year working out his business plan and studying the production technology and market potential.

To obtain the required funding, he applied to a grant competition open for young people from both banks of the Nistru River. The grant of 9,000 Euro was used to buy the required raw materials and equipment. With his own efforts he has repaired and modernized several lathes and his small workshop with five employees began operating.

The twine is made of metal wire treated at a certain temperature, which is then wrapped into cellulose paper. At the end of the agriculture season, the twine corrodes and dissolves in soil, workers being saved by the burden of cutting each and single knot. The producer ensures that all materials used in the production are biodegradable and contribute to the fertilization of the soil. Farmers buy the twine along with an imported automatic twine knotting device, which makes those knots in just seconds.

The entrepreneur notes that he is the only producer of biodegradable metal twine in the region, and this makes him confident that his business has a bright future ahead. “This twine is used not only to tie grapevine, vegetables or small fruit trees, but also for greenhouse use and home plants,” says the entrepreneur. All products are sold on agricultural markets on the left bank of the Nistru or to larger grape producers.

Two years after the start-up of his business, the young entrepreneur says he has achieved his goal and does not want to stop there. He intends to reach Chisinau and central districts markets, as well as farmers from abroad. To promote his products, he attends major exhibitions held in Chisinau. At the same time, he continues to develop his business. Andrei will start producing his own automatic twine knotting device.

Andrei Climenco is one of over 70 young people from both banks of the Nistru River who were awarded European grants in the amount of up to EUR 13,500 to start up or develop their businesses. Moreover, they also benefited from personal consultants’ services for 14 months, who helped them manage their businesses in an efficient way. As one of the project’s purposes was to build communications bridges between both banks of the Nistru River, Andrei says he has managed to establish collaboration ties with several project participants.