More women vote and are in leadership positions of the electoral bodies. This is the main conclusion of the gender analysis of the 2020 presidential elections, conducted by the Central Electoral Commission and UNDP Moldova, with the support of USAID Moldova. The research, presented publicly on 10 February 2021, compares to previous elections the data on participation of women and men in electoral processes as voters, candidates, polling officials and observers. 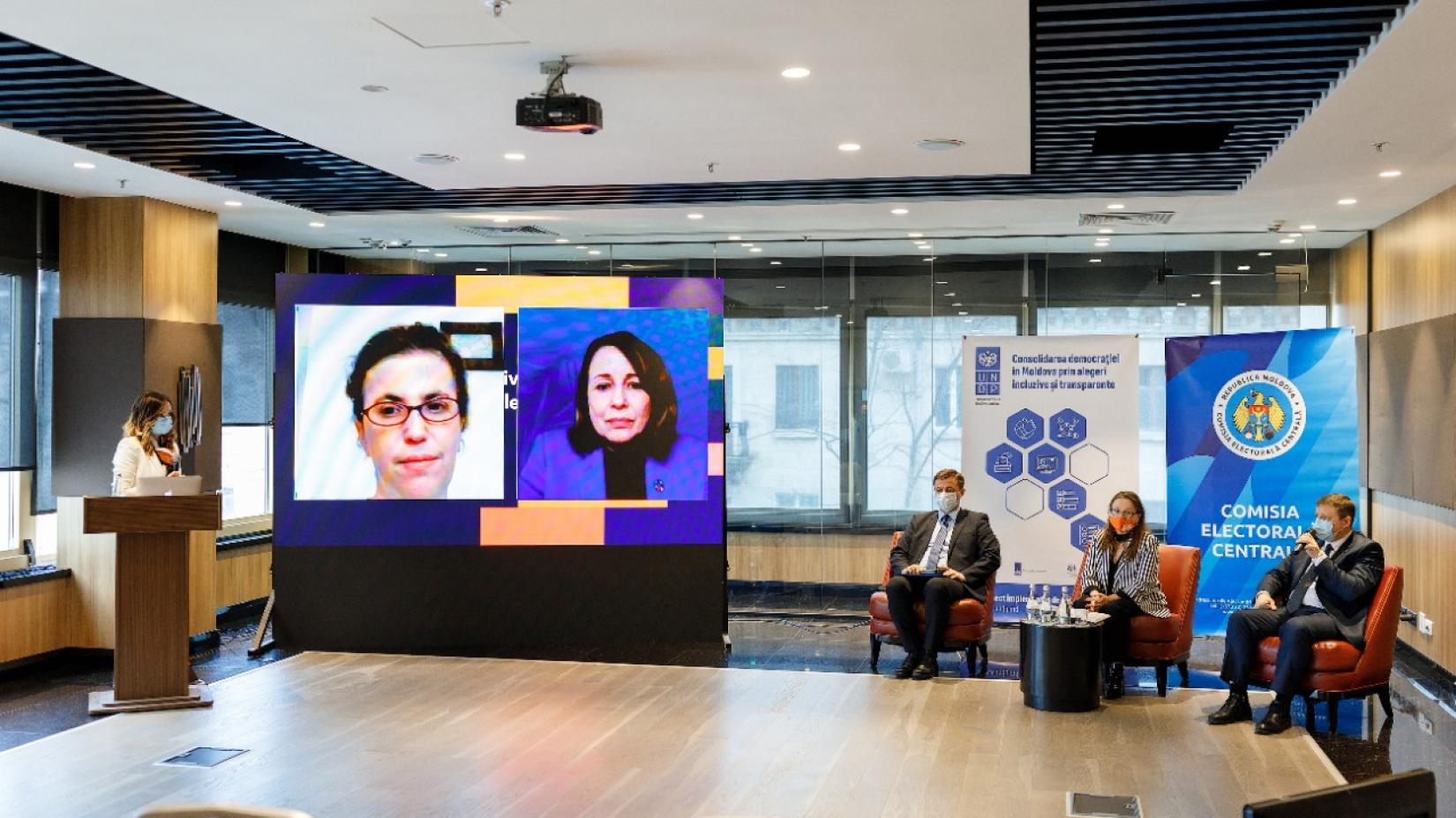 The most active and large group of voters in the first round was the 56-70-year-old, whose turnout reached almost 65% in the respective age group, accounting for slightly over 30% of the total number of people present at polls. Instead, in Round II, the voters aged 26 to 40 years were the most numerous, making up almost one third (28.7%) of the total number of people who had taken part in the vote.

As for the young people who voted for the first time, their number in the second round, as compared to the first round, increased by 3,381 people, amounting to 20,087 or 62.5% of all 18-year old people recorded in the voters’ lists. Girls represented 51.28%.

Likewise, more women than men were engaged in organising and conducting the 2020 presidential elections. In comparison with the 2016 presidential elections, the number of women holding the position of District Electoral Council Chairperson (DEC) increased. Hence, women represented 31% in 2016 and 47% in 2020. The number of women acting as DEC Deputy Chairperson also increased: 2016 – 43%, 2020 – 53%.

Dr. Dorin Cimil, the Chairperson of the Central Electoral Commission, highlighted: “The trends recorded following the gender analysis of the latest elections are positive, but also signals that there is need for more efforts. The Central Electoral Commission will strive to balance the proportion of women and men engaged in elections as polling officials, candidates, and observers. I mean also the importance of legal aspects, as well as the social  ones and the education of the population with voting rights and of those who will enjoy soon such rights when they turn 18”.

Andrea Cuzyova, UNDP Moldova Deputy Resident Representative, mentioned: “Our joint efforts to increase participation of women and men in electoral and decision-making processes is a step forward, in line with our commitment of leaving no one behind and empower girls and women. During last two years, almost 200 thousand women throughout Moldova strengthened the knowledge in the area of elections, democratic processes and civic engagement.”

The analysis of presidential elections from a gender equality perspective was conducted by the Central Electoral Commission and UNDP Moldova, under the “Enhancing democracy in Moldova through inclusive and transparent elections” project, with the financial support from the American People provided through the United States Agency for International Development (USAID).