The pandemic crisis: a flashing red light that urges for green recovery

The ongoing COVID-19 crisis has exacerbated existing vulnerabilities and put tremendous strain on Moldova’s small and open economy. Moreover, the country has recently witnessed severe droughts, floods and other natural disasters that irreversibly affect its economy and society at large. All these combined threaten the progress towards a more prosperous and inclusive society. 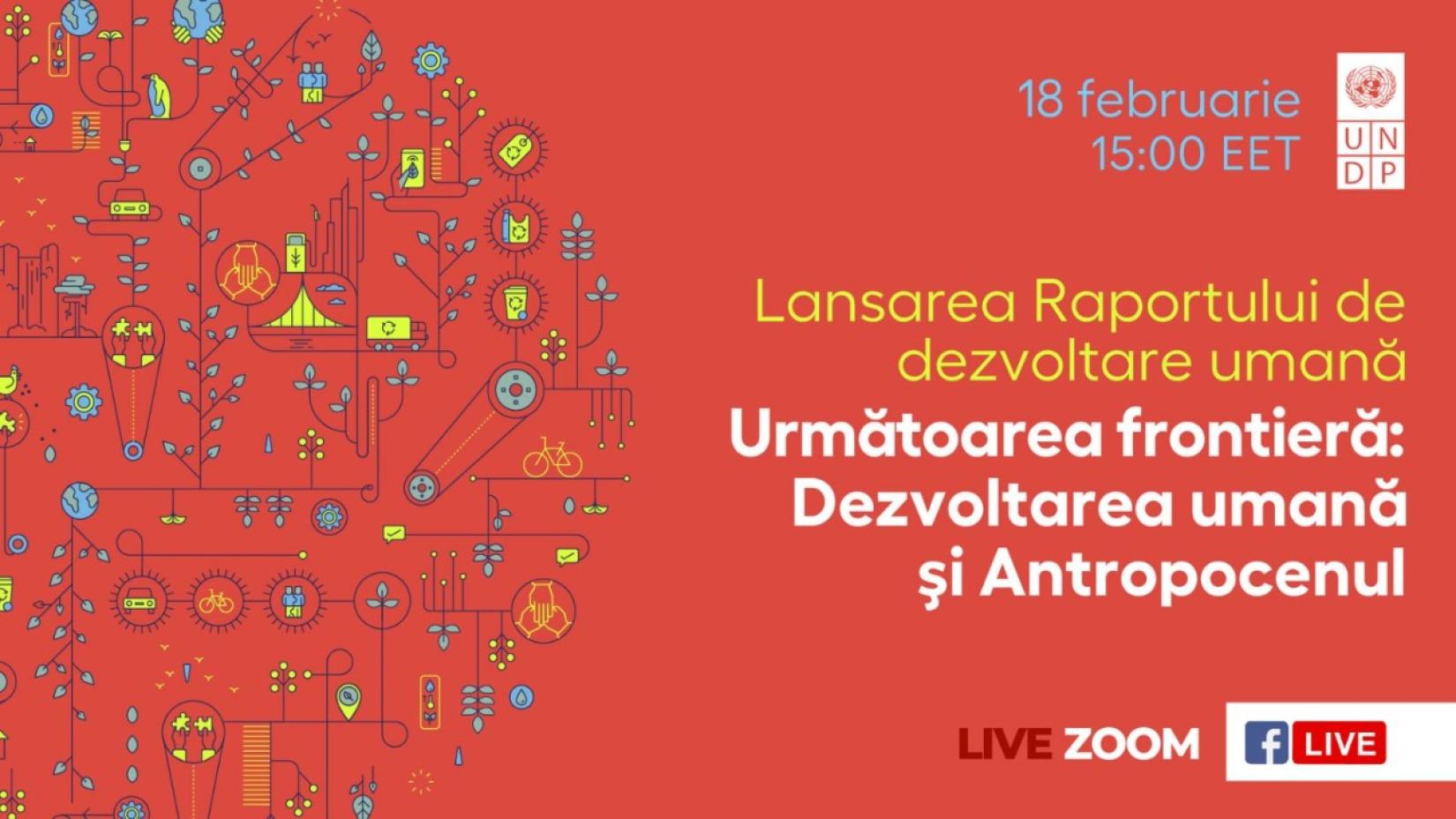 In addition, the bold climate neutrality ambition of Moldova is hampered by an unsustainable model for economic growth that is based on consumption fueled by remittances. Further modelling consumption behaviors, attracting investment for greener recovery, engaging private sector and other actions are required to accelerate human development progress.

These are the conclusions of the national launch of UNDP’s Human Development Report, conducted on 18 February 2021. The online dialogue gathered more than 100 participants, including representatives of the Government, development partners, private sector and civil society.

The 30th anniversary edition of the report, entitled “The Next Frontier: Human Development and the Anthropocene”, argues that as people and planet enter a new geological epoch, it is time for all countries to redesign their paths to human development progress by fully accounting for the dangerous pressures humans put on the planet, and dismantle the gross imbalances of power that prevent change.

Moldova has made important positive progress when it comes to sustainable human development, as highlighted in its first 2020 Voluntary National Report on achieving the 2030 Agenda, as well as measured by the Human Development Index (HDI). Between 1990 and 2019, Moldova’s HDI value increased with 8.7%, from 0.690 to 0.750. Moldova’s 2019 HDI of 0.750 is below the average of 0.753 for countries in the high human development group and below the average of 0.791 for countries in Europe and Central Asia.

By adjusting the HDI, which measures a nation’s health, education, and standards of living, to include two more elements: a country’s carbon dioxide emissions and its material footprint, the index shows how the global development landscape would change if both the wellbeing of people and also the planet were central to defining humanity’s progress. With the resulting Planetary-Pressures Adjusted HDI – or PHDI - a new global picture emerges, painting a less rosy but clearer assessment of human progress. For example, more than 50 countries drop out of the very high human development group, reflecting their dependence on fossil fuels and material footprint.

According to the report, Moldova is among the countries in the world demonstrating that lighter pressure on the planet is possible.

“Although no country in the world has yet achieved very high human development without putting an immense strain on planet, we have a choice to become the first generation to right this wrong. Some are moving in that direction, but the challenge is for all nations to move more quickly and to learn from one another,” noted Pedro Conceição, Director of the UNDP Human Development Report Office.

“Sweden was the co-host for the global launch of the Human Development Report for 2020 and we welcome the adjusted Human Development Index, which now includes considerations of a country’s carbon dioxide emissions and its material footprint. We hear the report’s call to redesign paths to progress. Sweden recognises the importance of working in Partnership to address human development within the planetary boundaries. Here in Moldova, I am especially proud and appreciative of the conducive and important Partnership we have across the development sector. Together we work towards Moldova’s advancement of Agenda 2030 and its plan of action for People, Planet, Prosperity, Peace, and Partnership,” noted Anna Lyberg, Ambassador of Sweden in the Republic of Moldova.

Moldova is leading in its climate ambition, being the fourth country in the world to present its updated National Determined Contribution to the Paris Agreement, with the ambition to gradually reach climate neutrality by 2030. While there is a decrease in the country’s energy intensity, Moldova is still highly dependent on fossil fuels and electricity imports as main energy sources. Further investments in energy efficiency and renewables, especially solar, is required.

“Our Human Development Index has steadily increased and we are now a country in the group of countries with high HDI. Yet, the circumstances require more accelerated efforts on almost all Sustainable Development Goals, but also greater ambition to sustain the achievements and increase resilience to the new surfacing risks,” said Gheorghe Leuca, State Secretary, Ministry of Foreign Affairs and European Integration of Moldova.

Participants at the event discussed several policy recommendations for green recovery, in particular: