A center for the protection of women suffering from violence was opened for the first time in ATU Gagauzia, with the support of UNDP

The first regional center for the protection and support of women suffering from violence was opened today in ATU Gagauzia. The institution will provide beneficiaries not only shelter, but also psychological counseling, social and legal assistance. At the same time, women will be helped to find a job or even start a business. The initiative is part of a project implemented by the United Nations Development Programme with the support of the Republic of Korea. 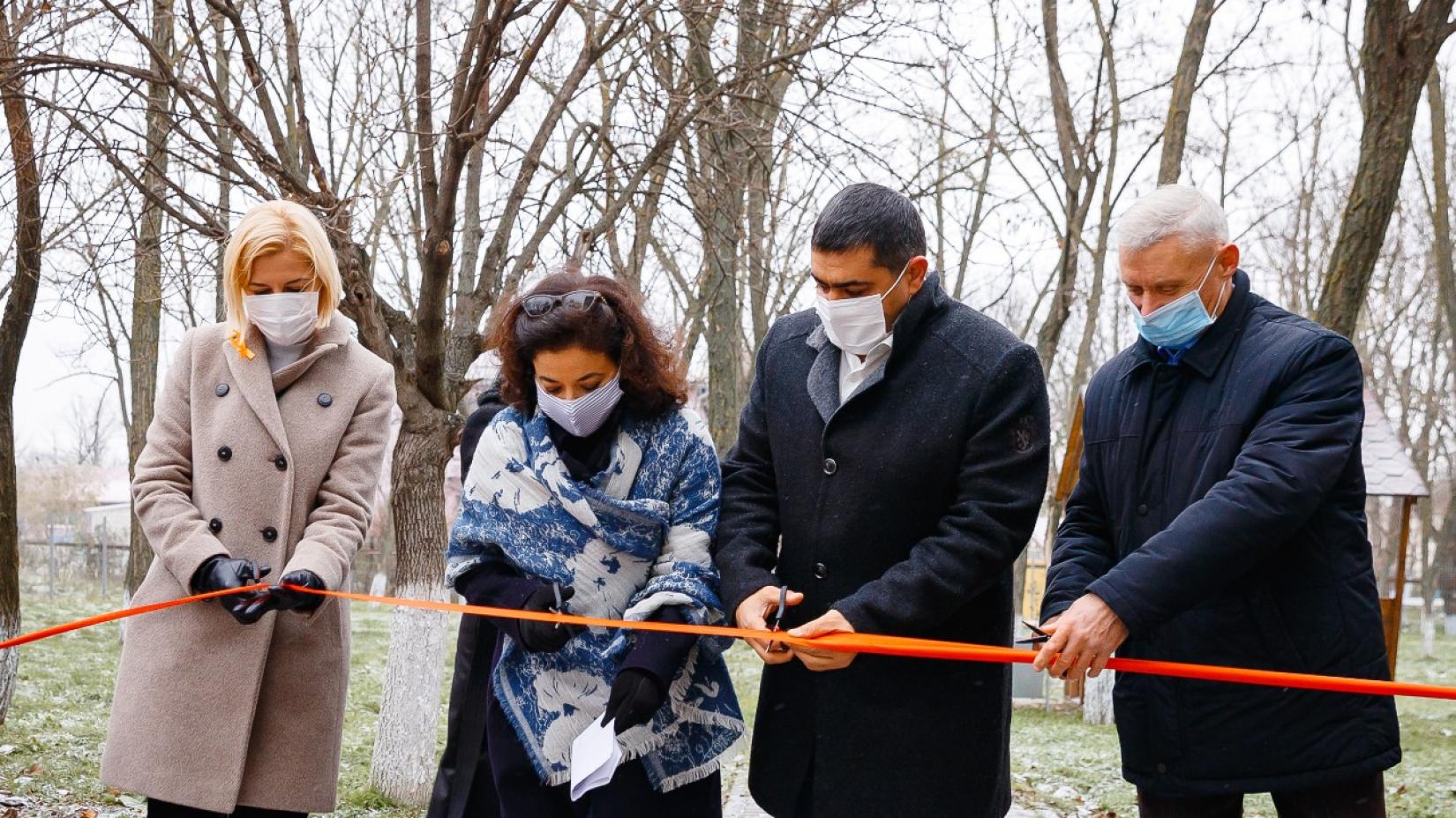 The center is housed in a building of about 500 square meters, which has been thoroughly renovated. The institution will be able to accommodate up to 20 people, women and children at the same time. Each woman will have a separate room, equipped with everything needed. The authors of the project also designed a room where people staying in the center will be able to spend time in joint activities. At the same time, there is a playroom for children in the institution.

The building has a universal design, being accessible for people with disabilities; at the entrance there is an access ramp, inside – adapted toilets, and access from one floor to another can be provided with the help of a special elevator.

Women will be able to stay at the center for up to six months, during which time professionals will help them to identify solutions to the problems they face.

A community center will be situated at the first floor of the building, for women and men from disadvantaged groups, as well as people who need counseling or support.

Thus, in addition to meeting all national standards in the field, the center will pilot innovative approaches to support vulnerable groups. Thus, starting with 2021, the center's team will be trained to offer counseling to a wider category of population, thanks to the CETA (Common Elements Treatment Approach) training program. This counseling program, developed by specialists at Johns Hopkins University in Baltimore, USA and piloted in several countries, will allow professionals at the center to assist people experiencing alcoholism, violence, and mild forms of anxiety and depression.

Present at the official opening of the center, Dima Al-Khatib, UNDP Resident Representative for the Republic of Moldova, mentioned: “The inauguration of this center is a real milestone. We all know that violence against women and girls is a blight on all our societies and a serious and growing shadow pandemic. With the marking of the 16 days of activism against gender-based violence, we are pleased to join hands with the key actors in Gagauzia for the establishment of the center which once functional, it will provide comprehensive support and a long-awaited assistance for women from the whole region.”

Irina Vlah, the Governor (Baskan) of ATU Gagauzia (Gagauz-Yeri), said: “Today we are attending the opening of the first Center for the Rehabilitation of Victims of Domestic Violence in the region, which we needed for a long time. It will take a lot of effort to inform the community about the existence of this Center, about the services offered, about the mechanism of interaction, which should be very transparent to the community. The administration of ATU Gagauzia together with our partners have invested in this important project. This year, a separate budget was provided for the functioning of the Center. We hope that thanks to this project, women will better know their possibilities and we will contribute to the elimination of the phenomenon of violence in the society.”

For the arrangement of the center, the ATU Gagauzia authorities offered a building, which was repaired, after undergoing technical expertise. UNDP, with the support of the Republic of Korea, has allocated US$90,000. The contribution of the Executive Committee of ATU Gagauzia in this project amounts to about $85,000.

Aiming at supplementing the renovation budget, a fundraising campaign was organized to which dozens of men and women from the country and abroad contributed. A charity theater show was conducted as part of this campaign, based on the true stories of survivors of domestic violence. Then, several journalists, bloggers and singers organized a charity fair and donated money for the future center in ATU Gagauzia. The total amount of donations is 75,687 Moldovan lei. The entire amount was used to purchase appliances for the center, i.e. washing machine, refrigerator, etc.

The opening of the Center for the rehabilitation of women suffering from violence is part of the project "Combating violence against women in the Republic of Moldova: Exploring and learning from local solutions", implemented by UNDP during 2018-2020 with the support of the Republic of Korea. The initiative is part of a comprehensive UNDP project that aims to address the prevention of large-scale violence, involving new partners, strategies and funding sources. The project covers seven countries around the world, Moldova being the only beneficiary from Europe.

With the support of the project, a multidisciplinary team was set up in the village of Chirsova in ATU Gagauzia, which is ready to act in all cases of risk to the lives and safety of women and their children. At the same time, the specialists are also responsible for the prevention of violence, so they organize activities that involve all the people in the village, adults and young people.