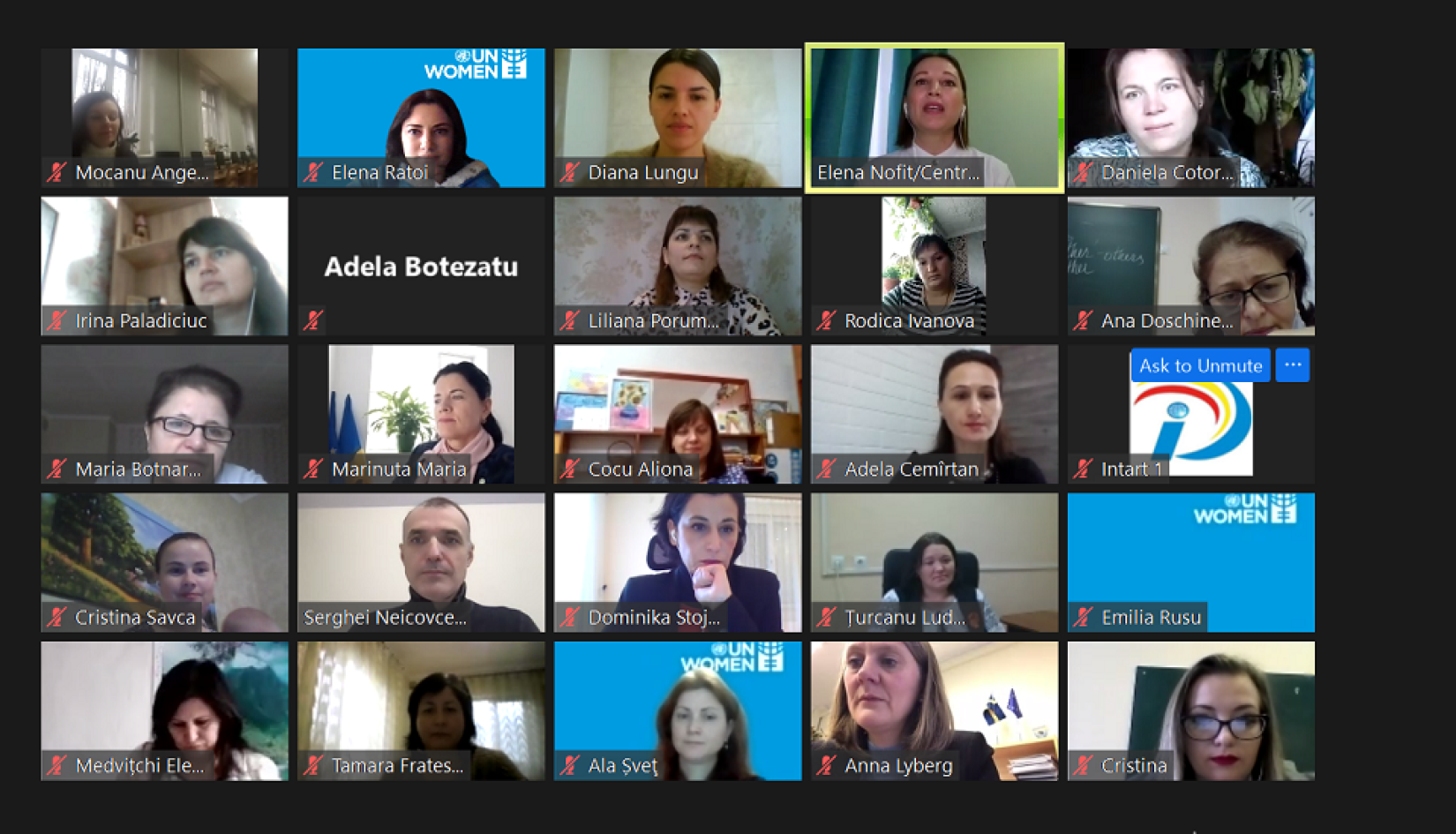 Within the complex capacity building program for women local and district councilors at first mandate, which was attended by 207 participants and after organization of 19 2-days training sessions for participants, UN Women, in partnership with Center “Contact", launched a call for applications among participants to obtain support for implementation of small community initiatives. The call was launched after the finalization of the training sessions.

As a result, 73 applications were received, including from 4 women with disabilities who attended the capacity building sessions. There were selected 27 small community initiatives to be supported, with the maximum amount of 29,200 MDL per initiative.

Initiatives are implemented throughout the country, including ATU Gagauzia and Balti.

The small community initiatives come to cover various areas, like strengthen women’s abilities in leadership and entrepreneurship, involving men in child education, arranging parks or fitness/kids areas in the parks, reconstruction of sidewalks, ensuring accessibility in public institutions, waste management etc. Some initiatives are co-funded by local municipalities or by the contribution of the villagers etc.

Today, the participants of the capacity building programme shared in the Roundtable the best practices and positive examples. Their efforts and success were highly appreciated by implementing partners.

Dominika Stojanoska, UN Women Country Representative, shared: “UN Women would like to congratulate all women councilors at first mandate with the achieved results. Not only those women who succeeded to have their small community initiatives selected to be financially supported, but all participants managed to prove and apply their leadership skills by advocating for some initiatives, by obtaining financial support or human support for implementation of some actions in community or by promoting some policies. One year of mandate is really a short period of time, but we have noticed that women councilors already managed to promote changes in their own communities and to push for initiatives which were widely appreciated by people. Being a woman councilor, especially in a council with a low representation of women, is difficult and struggling, as women in leadership still have to come through a lot of stereotypes and gender-based discrimination. Nevertheless, the practice shows that promotion of initiatives which bring the change in the communities contributes to demonstrating to the whole society that women can be as legitimate leaders as men and there is no difference between women’s and men’s leadership”. “By developing and implementing the Capacity building program on good governance, human rights and gender equality, we hope that more women will decide to get an active role in their community not only by being a good citizen but also by running local projects, by working in the local public administration institutions, as well as by representing the community in local and district councils. We are happy to have in our gender equality agenda a special pillar dedicated to `women in decision making`. Participants benefited of capacity building activities, networking and some small grants for their communities”, Anna Lyberg, Ambassador of Sweden in the Republic of Moldova said.

Serghei Neicovcen, Executive Director of the “Contact” Center mentioned: “Our team is very glad to participate in this project. It was a challenge but also a honor to collaborate with women councilors at first mandate. We made a major effort to create a team of experts who delivered a capacity building programme for over 200 women councilors at first mandate. Now we are at the stage of initiatives implementation and we are very glad to see the results of the initiatives of the participants. These results show us that women’s participation in decision-making processes, in public policies, in local government, in local development is very important”. Adela Cemirtan, a local councilor from Zaicani, Rascani, shared: „I would like to thank all our partners, trainers and donors. Also, I would like to thank the Embassy of Sweden in Moldova and UN Women Moldova. Due to their support and mentoring, we, women from Moldova, have the great opportunity to demonstrate first of all to ourselves, and then to our communities, that we are capable to do very nice, positive and useful things in our areas. We demonstrated that women can change the world”.

The capacity building program is implemented by CONTACT Centre in partnership with the United Nations Entity for Gender Equality and the Empowerment of Women (UN Women) and funded by Sweden.