Three stars of luck and a tree of life – the symbol of eternal youth and life without death. This is how the traditional “ia” (shirt) looks like, sewn and worn 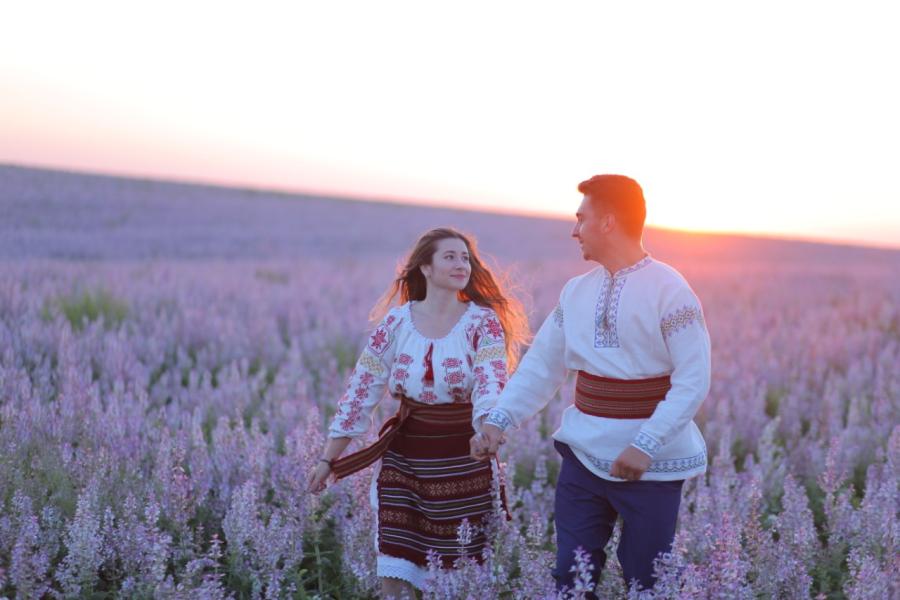 Traditional IA of the women from Vadul-Rascov

The shirt has an embroidery called „altita”, and above them is sewed the tree of life - symbol of eternal youth and life without death, followed by the decoration “jemna” – spouses’ bread, the symbol of abundance. The wrinkled seams, the ornamentation of the sleeve between the shoulders and the wavy embroidered lines are shaped like golden furrows, and rivers with stylized flowers are represented on both the front and the back. It is a bridal shirt. They tried to reproduce the original as much as possible.

The shirt for the men from Vadul-Rascov is a tunic-type shirt. The most valuable ornamental composition, traditionally sewn, can be found on the shoulders and represents land surrounded by water. The colors of the threads refer to the significance of earth and water.

The pieces were made by natural yarn, cotton and wool. The wrap skirts (catrintele) and traditional belts were woven by a folk craftswoman from the village of Lozova, Straseni district. Traditional “ia” was reconstructed by three craftswomen from Vadul-Rascov, Soldanesti district, and Rascov village, located on the left bank of the Nistru River. Varvara Buzila, the expert in ethnography has guided the craftswomen.

The “Treasures of the Nistru Cliffs” project was implemented by PA “Casa de acasa” from Vadul-Rascov, Soldanesti district, in partnership with a group of initiative from Rascov village, the left bank of the Nistru River. Their cooperation was funded by the European Union in the framework of the “Confidence Building Measures” Programme, implemented by UNDP.