Study: Some state and municipal enterprises are lagging in ensuring institutional integrity

Some state and municipal enterprises do not have effective mechanisms to ensure institutional integrity. This is the conclusion reached by the authors of a study that reviewed the implementation of integrity and anti-corruption policies in 21 state-owned enterprises and 10 municipal enterprises in Chisinau. The research was conducted by the Institute for Development and Social Initiatives (IDIS) "Viitorul", with the support of UNDP. 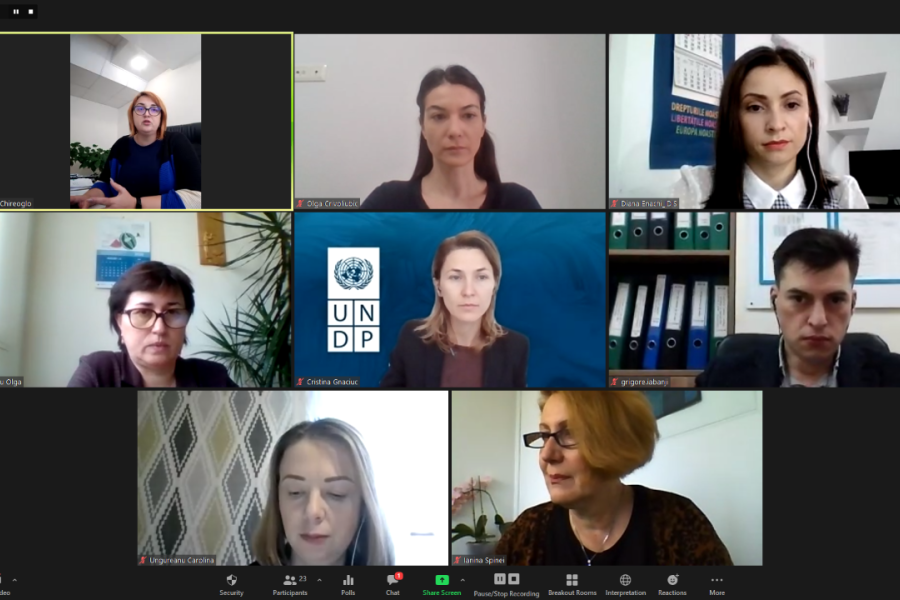 The evaluation results show that 22 of the 31 reviewed companies have at least one official document providing for actions to prevent and reduce the risk of corruption (Integrity Plan and/or Risks Register). Similarly, 22 of the assessed companies had approved Codes of Conduct; however, these documents cannot be considered sufficient and effective, as they only briefly describe the gift regime, the policy on identifying and managing conflicts of interest, the disciplinary sanctions for violating the rules of conduct, etc.  At the same time, none of the codes of conduct reviewed included anti-corruption commitments, not even in relation to the business partners.

According to the research results, only four companies out of the total evaluated had approved procedures for having illegalities reported by their staff, and only three of them had developed protection mechanisms for the staff that report risks or acts of corruption.

The study shows that every second surveyed staff member is not confident they will be protected when reporting an act of corruption. As a result, between 2018 and 2020, no whistleblowing or integrity warnings have been registered within the monitored companies.

Another issue flagged by the study’s authors is that the procurements conducted by companies have a low transparency level, while their administrations do not apply the same rules in the procurement of goods or services. Hence, in the past two years, only one in four assessed companies published their annual procurement plans on their websites, and only one in ten companies posted information on the implementation of procurement contracts. At the same time, only seven companies (2 municipal and 5 state-owned) or 22.6% of the total assessed entities regularly update their websites, and other six companies (one municipal and five state-owned), or 19.4% of those assessed, do not have such platforms.

“Three years ago, NAC initiated the assessment of corruption risks within the activity of state or municipal enterprises. It was found that the mentioned enterprises represent a sector with increased corruption risks due to several factors: a deficient regulatory framework, lack of anti-corruption procedures, non-compliant decisions of founders, etc. The report presented today contains a description of the situation and formulates several recommendations for strengthening the institutional integrity,” stated Lidia Chireoglo, Acting Head of the General Directorate on Preventing Corruption, NAC.

“The implementation of internal mechanisms aiming to strengthen the integrity within state-owned enterprises is vital for a prosperous national economy, and UNDP Moldova continues to support the public and private sectors in ensuring anti-corruption compliance,” mentioned Olga Crivoliubic, Project Manager at UNDP Moldova.

At the beginning of 2018, NAC developed and published a sample integrity plan for the companies founded by the central and local public authorities. The document sets out the actions that the companies should implement, the deadlines for implementation, and the indicators to be reached.

Earlier, in 2016, a sample Code of Conduct for small and medium-sized enterprises was developed at UNDP initiative, which includes a set of anti-corruption rules and principles, necessary to enhance the level of institutional integrity in enterprises.

The Study “Assessment of implementation of integrity plans and/or risks registers by state and municipal companies” was developed in the framework of the project “Curbing corruption by building sustainable integrity in the Republic of Moldova," implemented by UNDP Moldova with the financial support of the Ministry of Foreign Affairs of Norway.

At the preparation stage, the authors surveyed 175 state and municipal companies. To assess the implementation of integrity policies, 31 companies were selected, that had in place either an integrity plan or a risk register, including corruption risks, or a code of conduct. In selecting the sample, the company's strategic importance at national/municipal level was considered, so as its share capital (over MDL 3,000,000 - for state companies, and MDL 500,000 - for municipal companies).