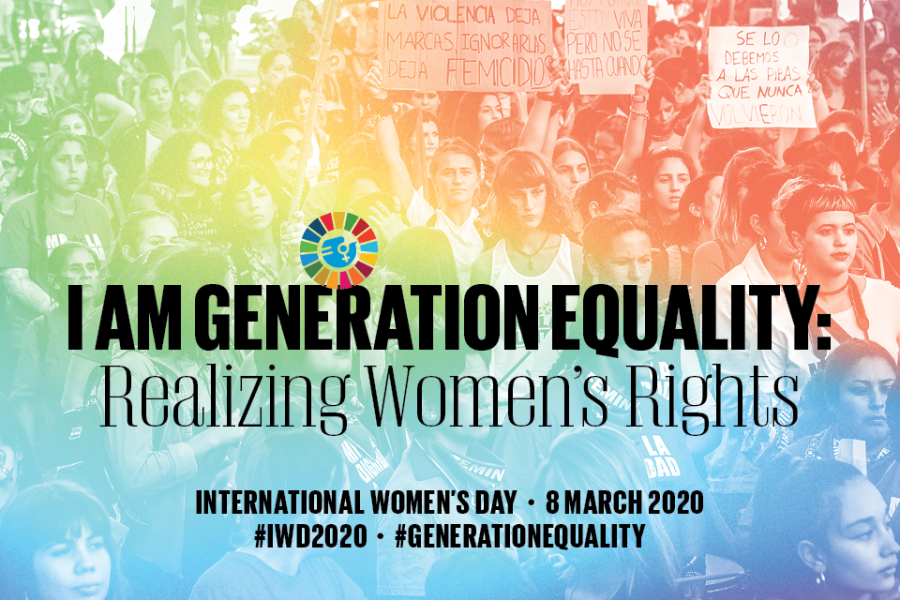 It will also mark several other galvanizing moments in the gender equality movement: a five-year milestone towards achieving the Sustainable Development Goals; the 20th anniversary of UN Security Council resolution 1325 on women, peace and security; and the 10th anniversary of UN Women’s establishment.

The theme for International Women’s Day 2020 is, I am Generation Equality: Realizing Women’s Rights. The theme is aligned with UN Women’s new multigenerational campaign, Generation Equality, which marks the 25th anniversary of the Beijing Declaration and Platform for Action. Adopted in 1995 at the Fourth World Conference on Women in Beijing, China, the Beijing Platform for Action is recognized as the most progressive roadmap for the empowerment of women and girls, everywhere.

The new UN Women report “Women’s Rights in Review 25 years after Beijing” reveals important progress in some areas such as education and heath, while others have seen stagnation and reversals. Overall change has been too slow for the majority of the world’s women and girls. Progress is now under threat from rampant inequality, runaway climate change and the rise of exclusionary politics.

Today, not a single country can claim to have achieved gender equality. Multiple obstacles remain unchanged in law and in culture. Women and girls continue to be undervalued; they work more and earn less and have fewer choices; and experience multiple forms of violence at home and in public spaces. Furthermore, there is a significant threat of rollback of hard-won feminist gains.

The year 2020 represents an unmissable opportunity to mobilize global action to achieve gender equality and human rights of all women and girls.

In the Republic of Moldova, there is some progress been made over the years, including increasing representation of women in leadership positions including for women from under-represented groups. More fathers spending time with their newborn children; More women succeeding in information technology such as STEM (Science, Technologies, Engineering and Mathematics) areas to increase opportunities including on employment. We will continue to contribute to efforts for improved services for women survivors of violence; and partner with stakeholders in addressing vulnerabilities faced by women and girls in Moldova.

The United Nations in the Republic of Moldova will implement the International women’s Day campaign under the message: “I am Generation Equality: Inter-generation dialogue”. It will feature achievements in promotion of women’s rights since 1995 and will engage youth in dialogues about Gender Equality and Women’s Rights across Moldova.

Simon Springett, UN Resident Coordinator of Moldova, highlights the importance of intergenerational dialogue: “I think it would be impossible to deny that intergenerational dialogue will bring us positive results. I think we all agree that gender inequality is the greatest injustice of our time and represents the greatest danger to human rights. And now is the time not to try to change women, but to change the system so that women could feel themselves free in this system."

During the month of March, UN Women, UNFPA, UNDP, UNAIDS and other UN Agencies will perform online and offline activities with focus on women’s rights and gender equality. Thus, during March will be organized dialogues with youth in different regions of Moldova, sports activities, events dedicated to women in leadership and decision-making topics, activities on elimination of violence against women and girls, and activities to decrease HIV-related stigma and discrimination.

Peterson Magoola, Representative a.i for UN Women Moldova., states about the achievements made in 25 years since the Beijing Declaration and Platform for Action (PA) was signed: “In these 25 years, many efforts have been made, progress has been made at the level of policies and ratification of international conventions worldwide, including in the Republic of Moldova. Despite the progress, there is still more to be done to address the continuous vulnerabilities faced by women, particularly, violence against women, access to economic opportunities, including equal opportunities for employment, the gender pay gap; and stereotypes, that undermine the rights of women and girls. In moving forward, it is essential that we all chart path for approaches that will sustain gains made over the years, and also leverage on emerging opportunities for promoting gender equality and women's rights.”

A quarter century after the Beijing Declaration women and men were mobilized together to overcome the remaining obstacles to Gender Equality. They must fight for an end to Gender-Based Violence, the access to healthcare, for equal pay and for equal participation in political, economic and social life. The Generation Equality campaign is bringing together people of every gender, age, ethnicity, race, religion and country, to drive actions that will create the gender-equal world we all deserve.

Small actions can have big impacts in making this vision a reality. On International Women’s Day, join #GenerationEquality and become part of the movement:

Support dialogues with youth that the day of 8th of March is really about women’s rights and human rights.

Speak about the progresses in implementation of the Beijing Platform for action.

Celebrate women and girls in science, arts, leadership, business, sports, journalism who are the real agents of change.

Use hashtags #InternationalWomensDay, #IWD2020, #SDG5 and #GenerationEquality in your social media posts dedicated to the International Women’s Day and Gender Equality.

Be a part of Generation Equality and let us continue to write history together! 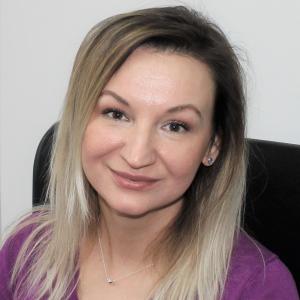