The international campaign ‘16 Days of Activism against Gender-Based Violence’ has been running each year in many world countries since 1991. Traditionally, the campaign starts on 25 November, the International Day for the Elimination of Violence against Women, and ends on 10 December, the International Human Rights Day, establishing a symbolic connection between violence against women and human rights. It thus stresses that such acts of violence are a serious violation of human rights. 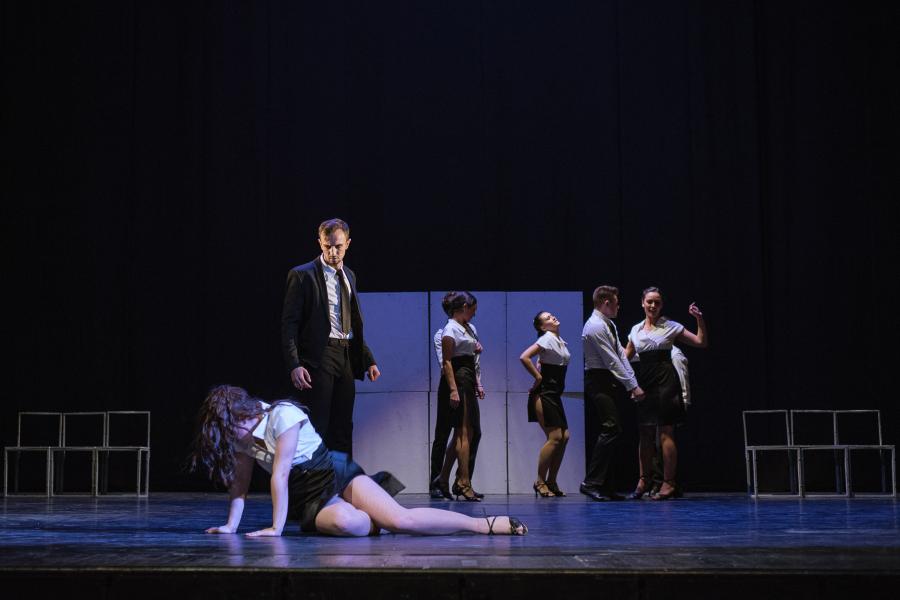 In the Republic of Moldova, the campaign is organized for the 19th consecutive year, comprising a complex program of activities. UN Women Moldova launched the campaign at ‘Participation and representation of women in the decision-making process at local level’ conference, which was a good opportunity for dialogue and exchange of experience between Roma women and women with disabilities who participated in local elections, as well as for addressing the issue of violence and gender-based discrimination in the electoral process.

‘It is extremely important to join forces in combating violence in the decision-making process, hate speeches, discrimination on the basis of ethnicity and gender, which really hinders women's participation in the decision-making and electoral processes in general.’ - said Milana Rikanovic, Representative a.i. UN Women Moldova.

The campaign ended on 10 December with a Regional Forum organized in Balti, attended by over 80 representatives from different areas: education, healthcare, justice, civil society, LPAs, media, as well as lawyers, psychologists, representatives of the Balti Police Inspectorate, Ministry of Defense and Ministry of Internal Affairs. The Regional Forum served as a dialogue platform to discuss positive practices and challenges related to the implementation of the legal framework on preventing and combating gender-based violence in the Republic of Moldova, as well as to raise awareness of the need for joint efforts in this regard.

Valentina Bodrug-Lungu, international expert, President of ‘Gender-Center’, opened the forum with the following message:  ‘We must not talk about violence only on international days. These days are intended to reinforce the messages that should be on our mind on a daily basis: how are we personally and professionally involved in the prevention and combating of violence and how much does this concern us?’

This year's campaign aimed to urge ratification of the Council of Europe Convention on preventing and combating violence against women and domestic violence (Istanbul Convention) and to encourage both women suffering from violence and witnesses of gender-based violence to break the vicious circle and report the cases. On the first day of the campaign, UN Women and Positive Initiative NGO launched the message ‘Don't be a silent witness to violence! If you are a victim or know of an abuse, call the Emergency Service 112’ placed on an interactive panel, in ‘Stefan cel Mare si Sfant’ Central Park.

'LIBERĂ’ play was also relaunched during the campaign. It is a play about stereotypes and prejudices, presented by M.A.D.E. Theater. It was staged in Chisinau, Cahul and Straseni and was accompanied by ‘Do Not Blame the Clothes’ exhibition aimed at fighting the practice of blaming rape victims.

‘The story told on the stage makes us think that none of us should remain silent. Voices of violence survivors need to be heard and need to be trusted.  And the youth, in particular, can lead this process and advocate for ending violence against women and girls and gender-based violence.”’ - said Simon Springett, Resident Coordinator of the United Nations (UN) in Moldova.

Violence against women and girls and ‘16 Days of Activism against Gender-Based Violence’ Campaign were discussed during the events supported by UN Women Moldova, as well as at the relaunching of the joint platform of dialogue between women MPs and the General Assembly of National Army Women’s Association (NAWA). The ‘16 Days of Activism against Gender-Based Violence’ Campaign was also discussed at ‘Loc de Dialog’ show on Radio Moldova.

‘I want to encourage all women facing violence to report and not to tolerate violence against them. I also urge witnesses of such acts of violence to report and to be aware that victims are our mothers, sisters, daughters. Hence, we must mobilize our forces and say “NO” to violence’ said Elena Bacalu, Chair of the Parliamentary Committee for Social Protection, Health and Family, in her message to the general public.

Thanks to the joint advocacy efforts for Istanbul Convention ratification, this document is now on the agenda of the Government and of the Parliament.

Over 2300 persons, including young people from both rural and urban area, participated in the events organized this year during the ‘16 Days of Activism against Gender-Based Violence’.