Following the general local elections held in the Republic of Moldova on 20 October 2019, the Roma community obtained a record number of 12 Local Councillors, who managed to win enough votes and get a four-year term of office. Those six Roma women and six Roma men stood as candidates both by political party lists and independently. 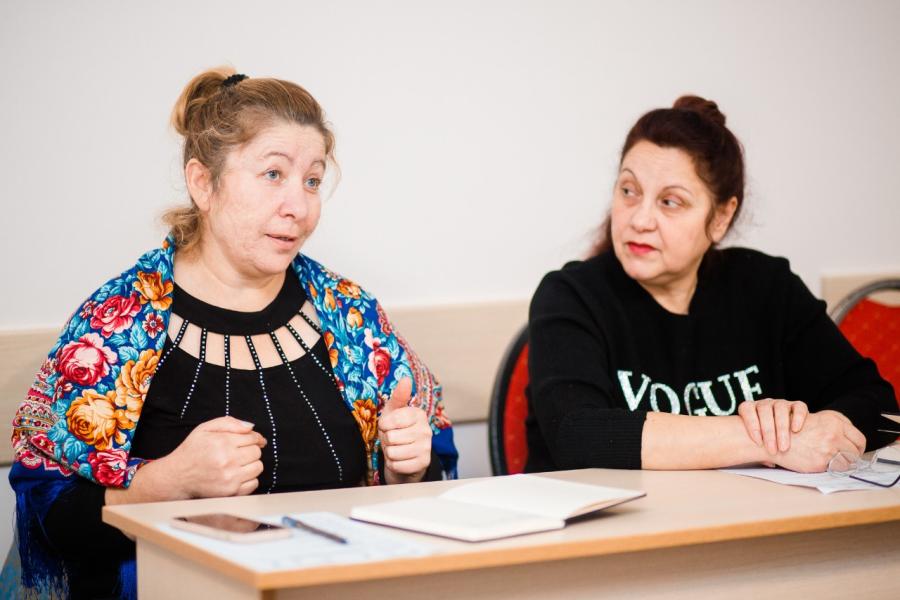 Recently, some of them attended a training on capacity development of local elected representatives organised with the UNDP Moldova support. In autumn 2018, the Roma people were engaged in voters’ education campaigns, with UNDP Moldova support. Hence, more than 11,000 people participated in awareness raising activities. Then, few local activists decided to be the voice of Roma people in their local community and stand as candidates in local elections.

After receiving the mandates of Local Councillors, they realised they need to learn more about their new responsibilities. Hence, the training was conducted to develop their abilities to engage in community initiatives. The trainers presented best practices for more efficient communication, civic participation, mediation, and people motivation.

“I am glad I managed to become a Local Councillor. I will have the possibility and the pleasure to serve the community and all the villagers who might need my support and assistance, not just the Roma people. Prior to becoming a Councillor, people often asked me: what was new at the Mayoralty? At that time, I could not answer their questions as I was not aware. But now I hope to have answers to all their questions,” said Eugenia Nenita, Local Councillor in Ochiul Alb Village, Drochia District. Eugenia wants to contribute to solving some local issues, such as the absence of a House of Culture, a playground for children and street lighting.

Alexei Preda is the youngest Local Councillor out of those 12 local elected representatives and will serve the term of office in Otaci Town.

“Today I learned many new and interesting things for me. Here we did not just listen to lectures, we also discussed issues. Certainly, now it is clearer to me why I should do what I am doing, what methods to apply, and were to refer to. It is not the case to be shy; it is necessary to make an effort in order to work because the core of this activity is to promote, to strive, to learn many new things and to try to be useful for the community”.

The chairperson of the Union of Young Roma People “TĂRNĂ ROM”, Marin Alla, mentioned: “The first thing we shall do in the Roma communities is to have a community facilitator. There are localities where such facilitators have been working for many years. Now we have Roma Local Councillors, but we need to have more. If we have sufficient people prepared, then by means of meritocracy only, they could be elected as mayors as well. This is an ongoing process, and it should be implemented step by step in the Republic of Moldova”.

The training was conducted in the framework of “Enhancing democracy in Moldova through inclusive and transparent elections” Project, implemented by UNDP Moldova with the financial support provided by the United States Agency for International Development (USAID), the British Embassy in Chisinau through the Good Governance Fund, and by the Embassy of Netherlands through Matra Programme.