Women lawmakers from Moldova have learned how to... 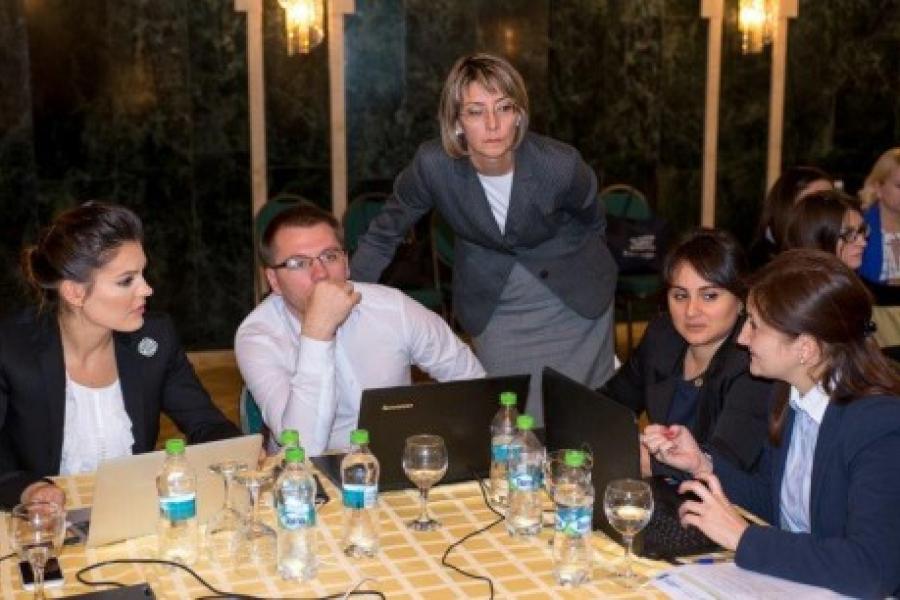 Women lawmakers from Moldova have learned how to turn their events and efforts into valuable brands online, as well as how to build a memorable image. They learned these skills in the "Online communication: Personal branding and online leadership" workshop, the first of its kind in Moldova, held on October 20-21 in Chișinău.

Before the seminar, Oxana Domenti, a 43-year-old MP and Chair of the Social Protection, Health and Family Committee, did not see substantial value in promoting her ideas and political positions on social networks. Afterwards, however, she felt more motivated to be present online. "I’ve noticed that the information I post on my Facebook page is increasingly being published by a number of news agencies and is appreciated even more by my virtual friends," said Domenti.

Another MP, Alina Zotea, who also benefited from the workshop, said that it gave her the opportunity to conduct campaigns and increase the impact of the information she submits about her daily Parliamentary activities. "For example, I did not know that there are certain days when it’s best to post news in order to have a greater impact. Monday, for example, is an easygoing day, whereas I believed that Monday was the day to post a lot on social networks. I must admit that once I learned these new techniques for using social networks, my posts have gone viral," said Zotea.

Niculescu found that, following the training, many of the participants have already implemented advice they received about social media activities in their profiles. “From my point of view, it is a step toward coherent and concise political speech, especially in a form the target audience can absorb." The trainers emphasized to the participants that developing a personal brand of communication in the political sphere is a complex process that requires constant maintenance and care and attention to every detail.

Elena Hrenova, 65, from the Social Protection, Health and Family Committee, is another woman MP who remained delighted by modern means of communication. Likewise, Elena created her own Facebook page and now she communicates about her Parliamentary activities. Dafina Gercheva, the UN Resident Coordinator/UNDP Resident Representative, stated that overall, social networks and online communication have the power to reshape the way people can get involved in governance. "Globally, the development of communication technologies has increased the visibility of both parliaments and politicians, and people have become more interested in what is happening in politics and in decision-making processes," said Gercheva.

Although Domenti says that "the biggest challenges to being active on social networks are hectic schedules and the lack of physical time to write about my activities," she intends to train herself so she can excel in this area. Zotea is also convinced that everything she learned at the "Online communication" workshop has given her a better image. "I think starting from today, I’ve added value to my career as politician," she said.

Gercheva also noted that "as a UN leader, I am active on Twitter, where I can share what is happening in Moldova with my colleagues from all around world. The United Nations is actually the most followed international organization on Twitter, being active since 2008."

The workshop’s trainers were Niculescu, founder and creative director of "Argo," the most versatile advertising agency in northeastern Romania, and Vlad Ioan Tăuşance, who has 18 years of experience in the media and six years working in advertising and online communication.