This winter is different for the residents of Cornesti town. Children are no longer freezing or inhaling coal smoke to heat the kindergarten. 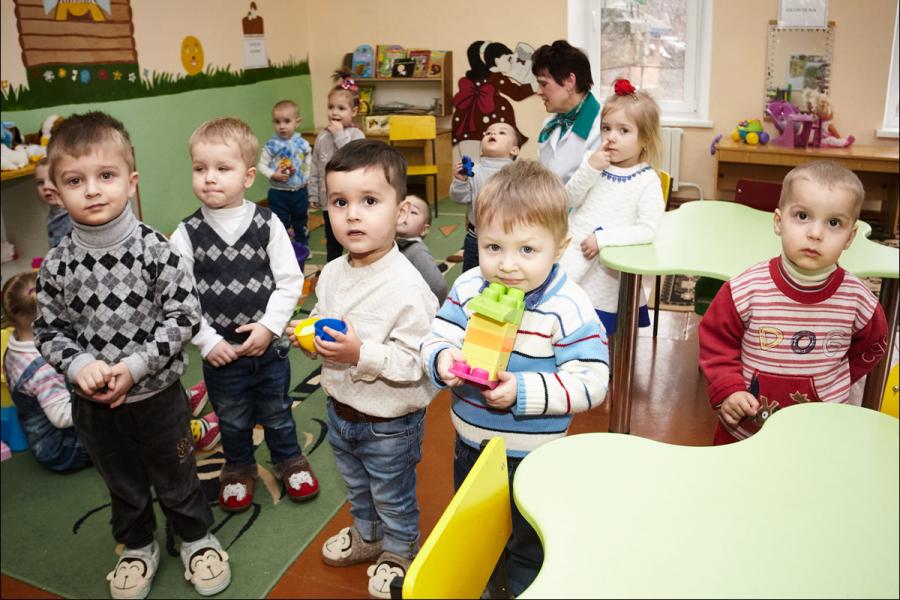 The community replaced the obsolete heating system with a modern and ecological one. Now children are playing in well-heated rooms, and the educators have better working conditions.

“It is warmer at the kindergarten than at home. My child is not wearing thick clothes anymore. He does not inhale smoke, and the clothes do not smell like charcoal. It is a safe investment in health and good development of children, which we highly appreciate,” says Maria Bodrug, parent.

The Cornesti kindergarten is one of the 8 public institutions from Ungheni district connected to biomass heating systems with the European funds of the Energy and Biomass Project. The institution has access to hot water produced by solar energy. European investments to install the biomass heating system and solar panels accounted for Euro 65,000; the community has contributed with MDL 200,000 (Euro 10,000) and the parents –  with MDL 12,000 (Euro 1,000).

“We followed the example of other district institutions, which succeeded to replace the heating systems and we are convinced now that it is more efficient and convenient to use clean energy. Thanks to the new heating system and solar panels, we benefit of higher comfort.  Also, it is gratifying that the money used to buy the biomass stays in the local budget and is not sent away as in the case of gas and coal procurements,” says the Mayor of Cornesti, Vera Buga.

It is the first biomass-heating season for the Cornesti kindergarten. The new heating system has a capacity of 200 KW and operates on biofuel. It heats about 900 square meters of the kindergarten that is attended by 90 children. At the same time, the project assisted the kindergarten in installing solar panels that generate hot water for children and staff. The institution did not have hot water, and the kindergarten staff was forced to heat the water on the stove. Now children wash their hands with running water.

An economic operator that signed a service provision contract with the mayoralty delivers green energy to the kindergarten. The entrepreneur is responsible for the good maintenance of the heating system and delivery of qualitative biofuel, while the kindergarten only pays for green Gcal.

“It is nice to pay for a service and not have the care about selecting and buying biofuel, or about proper operation of the heating and solar systems. I am pleased with the choice made. The old heating system was causing discomfort due to dust and heavy smell and was not even that efficient. Besides improving heating conditions, we have created a cleaner environment for our children,” says the Director of the institution, Maria Cudreavtev.

The kindergarten in Cornesti town is one of 207 public institutions connected to biomass heating systems with the support of the European Union, within the Moldova Energy and Biomass Project.

Moldova Energy and Biomass Project, Phase 2, (2015-2018), have a total budget of Euro 9.41 million provided by the European Union and is implemented by the United Nations Development Programme.  It is a continuation of the first phase of the project implemented in 2011-2014, with a total budget of Euro 14.56 million offered by the European Union (Euro 14 million) and UNDP (Euro 560,000).  The national partner of the Energy and Biomass Project is the Ministry of Economy and Infrastructure.