“With tap water, we are now in heaven”

This was for years a dilemma for Etulia village from Vulcanesti district. 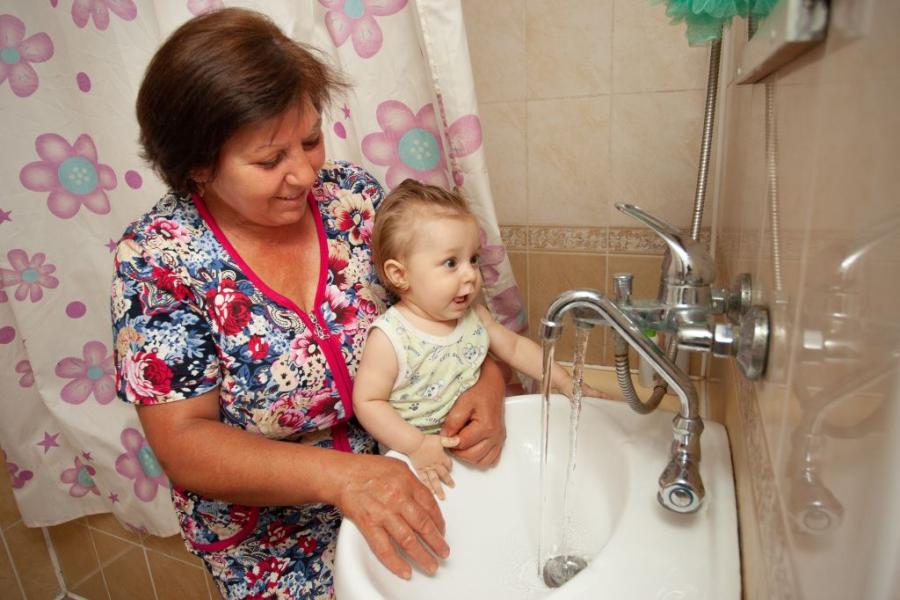 Deficit of water and its poor quality have challenged this small community, situated at the southern boundary of the Republic of Moldova. For more than a month, this dilemma has disappeared forever and tap water has become available in the village thanks to European Union assistance provided though the “Support for agriculture and rural development in ATU Gagauzia and Taraclia District” (SARD) Programme.

Elvira Caranfil, a cook’s assistant at the local kindergarten, still can’t believe her eyes and still panics: “What if it stops? What if I must again bear in mind how many buckets of water I owe to my neighbors? I still did not pay all my debts back...”

Elvira still makes reserves of water, to be on the safe side. Every evening she diligently fills four aluminum canisters in the kitchen: “They are 40 liters each. We need them for the next day, just in case.”

Elvira remembers that summers were particularly tough. She would carry water every single day in buckets or even big canisters. Now, she just opens the water tap … and crosses herself, being grateful: “Indeed, we must be in heaven. Water is life,” the cook says joyfully.

Even when the tap water was not available around the clock, but for only two-three hours a day, Elvira preferred water with airlocks and pay the bills rather than water mixed with sand, coming from the water well.

Half joking, the woman says that this would explain the “quarry” of stones in her kidneys and gall bladder. Elvira Caranfil thinks that access to safe water is a matter of public health.

Access to safe water became a reality for Etulia village, thanks to the support of the European Union, offered though the SARD Programme, implemented by the UNDP.

Three artesian wells were renovated, two water towers were installed, and a waterpipe and a sewerage network were built. The total budget was 151 thousand 208 euros, out of which 55 thousand euros represent the support provided by the European Union, and the rest is the contribution of the local and regional public authorities.

Currently, only the local kindergarten is connected to the waste water treatment plant. The savings are reaching now about 6,000 MDL per month, amount that in the past was spent just for waste water management, with the help of a special vehicle.

But, this is far beyond money: “What indeed matters is the hygiene and health of children. Children can use the toilets and sinks, which were before just decorative elements. Winters were the worst and breaking all sanitary norms”, remembers Svetlana Zabun, director of the kindergarten. In cold weather, children would not use outdoor toilets, but would queue up to use some improvised toilets made of buckets.

Svetlana Zabun still can’t believe they made it. After many failures to mobilize resources, she was not much hopeful even about the SARD Programme. But, her pessimism proved to be wrong this time. The community was couched to draft the application, they got the commitment of co-financing from regional and local authorities and ... it was a success.

Mayor Grigorii Cula admits that “without the EU support, the local public administration would never afford to offer to its constituents such a luxury – tap water.” As the newly procured equipment is modern and efficient, it will be cheaper to maintain it. The savings could then be allocated to solve other pending issues of the community.

Thanks to the EU assistance provided through the SARD Programme, 10 communities from ATU Gagauzia and Taraclia District have got access to running water.