16 days of activism against gender-based violence, mesage of the Resident Coordinator Simon Springett

16 days of activism against gender-based violence, mesage of the Resident Coordinator Simon Springett

Yet Elena was not inclined to sit at home and waste away. She dreamed of becoming educated and finding a job. She went to two professional schools where she specialized in computer and postal operations. Despite these qualifications, Elena had trouble finding work for many years after graduation. “Some employers were sceptical about my physical abilities and lack of working experience,” recalls Elena, “but more often it was a lack of adaptations in the workplace or long commuting distances that prevented me from finding work.” After years of searching in vain, despair and disappointment took their toll on her, but she never gave up. When her son Maxim was born, Elena felt blessed and loved. Time passed, and when Maxim was nearly two years old, she felt that it was time to start looking for work again. Elena’s mother had passed away long before Maxim was born. Without her mother’s support, there was only her father to count on, and she did not want to be a burden on him. She needed a job badly, but no matter how hard she tried, she could not find one.

One day Elena was advised to reach out to the National Employment Agency (NEA).

“The day I knocked at their door was the luckiest day in my life,” Elena professed. “I was interviewed, I filled out a couple of forms and I left. A few days later, I heard back from the office. I was given the name of a company and told where to go for an interview. Believe it or not, I was hired the same week I first visited Steinel Electronic. Returning home with my first labour contract in hand, I felt like I was in seventh heaven. I had feelings of excitement and hope that were new to me. I never miss a day of work. Each time that I pick up Maxim from kindergarten, I tell him that his mom is back from work to take him home.”

The Republic of Moldova has the lowest employment rates in the region, hovering around 40 per cent over the last two decades. The employment rate of people with disabilities (PwDs) is much lower, at just 17 per cent in recent years, slightly higher for women. Every third person with disability works in agriculture and is highly exposed to precarious working conditions and low chances for career development. Although economic growth is mostly concentrated in Moldova’s urban areas, the unemployment rate of PwDs in cities is double than the rural one. It reached nearly 6 per cent in recent years. While apparently low, the figure can be misleading as it tells little about the many discouraged workers among PwDs, who do not even try to find a job any more.

To strengthen Moldova’s labour market and improve workers’ livelihoods, both legislative reforms and practical measures are essential, and Moldova therefore enacted a new Employment Promotion Law in 2019. The ILO was provided technical assistance for the reforms. The new law promotes a portfolio of active labour market measures (ALMMs) designed to address the diverse challenges unemployed people like Elena face -- i.e. lack of skills and/or work experience, low productivity, employer discrimination, etc. The measures are directed to active jobseekers, as well as to the discouraged unemployed and to employers. They include training and retraining, traineeships, wage subsidies, self-employment opportunities, and local employment initiatives. Starting in 2019, the Public Employment Service piloted five ALMMs with ILO financial support, including a wage subsidy scheme for which Steinel Electronic applied.

Steinel Electronic opened its doors in Moldova in 2007 with a production factory of the German company, specialised in sensor systems, sensor-switched lighting and heat tools. The factory is located in Chisinau and employs 320 workers. Of these, 27 have various degrees of disability. 14 out of 27 PwDs were employed with the support of NEA through the wage subsidy pilot funded by the ILO, Elena is among them. Ten employees joined the company in 2020, at a time when many other workers in Moldova lost their jobs due to the COVID -19 pandemic. The wage subsidy scheme compensates the employer for the extra costs of hiring PwDs, and the Government subsidizes their wages in the first six months of work. This subsidy is equal to 30 per cent of the average wage in the economy. In return, the employer makes a commitment to maintain the worker in employment for at least 12 months.

Elena has been employed for nearly 26 months now, and she is happy. From her first day at Steinel Electronic, she has received training courses on effective assembling processes, occupational safety and health, and environmental protection. During her first month on the job, she also received individual coaching. The company provides daily transportation services to Elena and her colleagues. Her co-workers are always available to offer advice or a helping hand when needed. When her father passed away, they reached out to support her.

“We first hired workers with disabilities many years ago to reinforce our social responsibly culture, as well as to comply with the requirements of Moldovan law,” recalls Clementina Saratean, head of Steinel human resources department. “At least 5 per cent of our jobs have to be reserved for PwDs, this is how the Moldovan law reads. Yet, after some time passed, we realized workers with disabilities can be equally skilful, responsive, and, what’s very important, they are extremely loyal. The turnover among workers with disabilities is the lowest in our company. Eight per cent of our workers have various types of disabilities. We even hired a sign interpreter on a permanent basis to help the deaf colleagues. We are not going to stop here, more people like Elena will be offered the opportunity to join us.”

In 2020, Steinel Electronic was awarded the “Best Employer of People with Disability”. The selection was made by NEA. 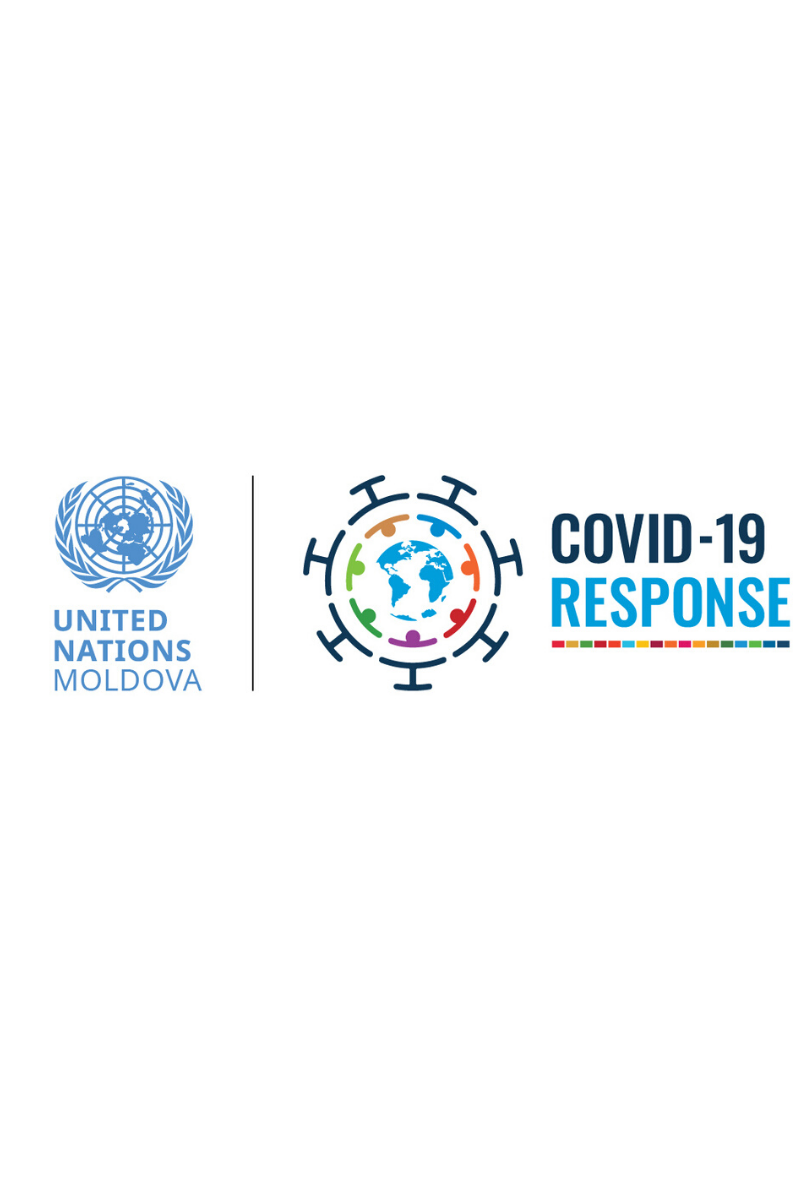 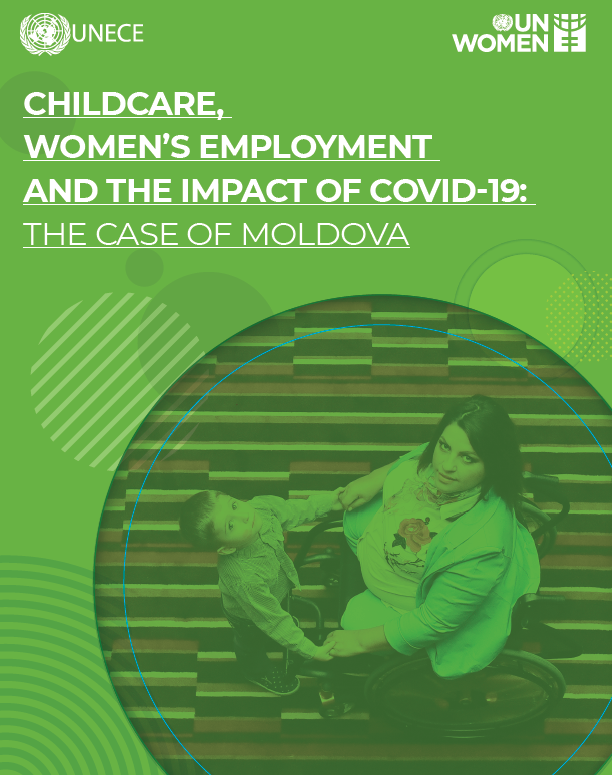 Resources
26 October 2021
Childcare, Women's employment and the impact of COVID-19: The case of Moldova 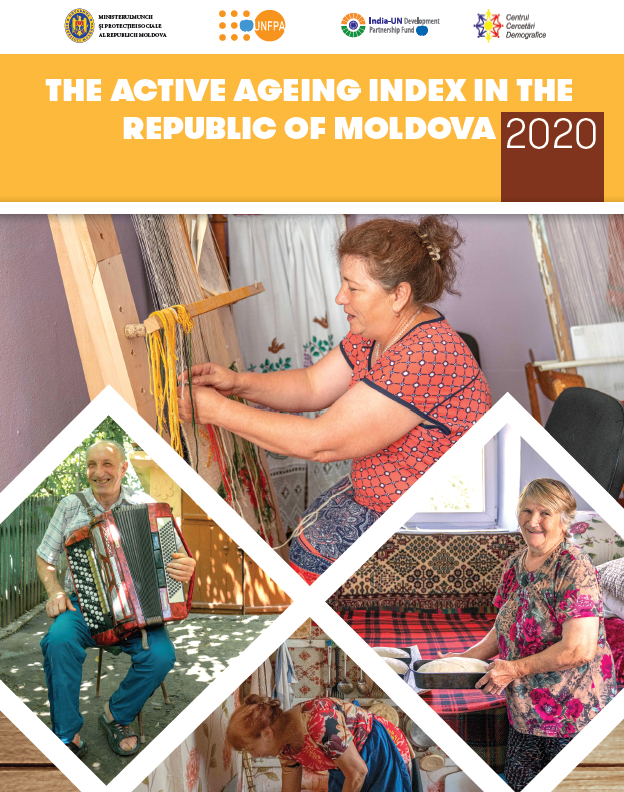 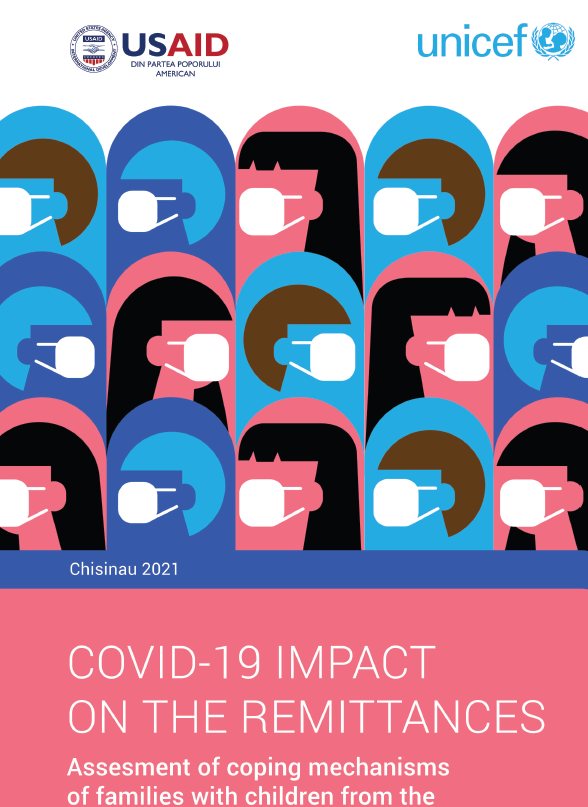 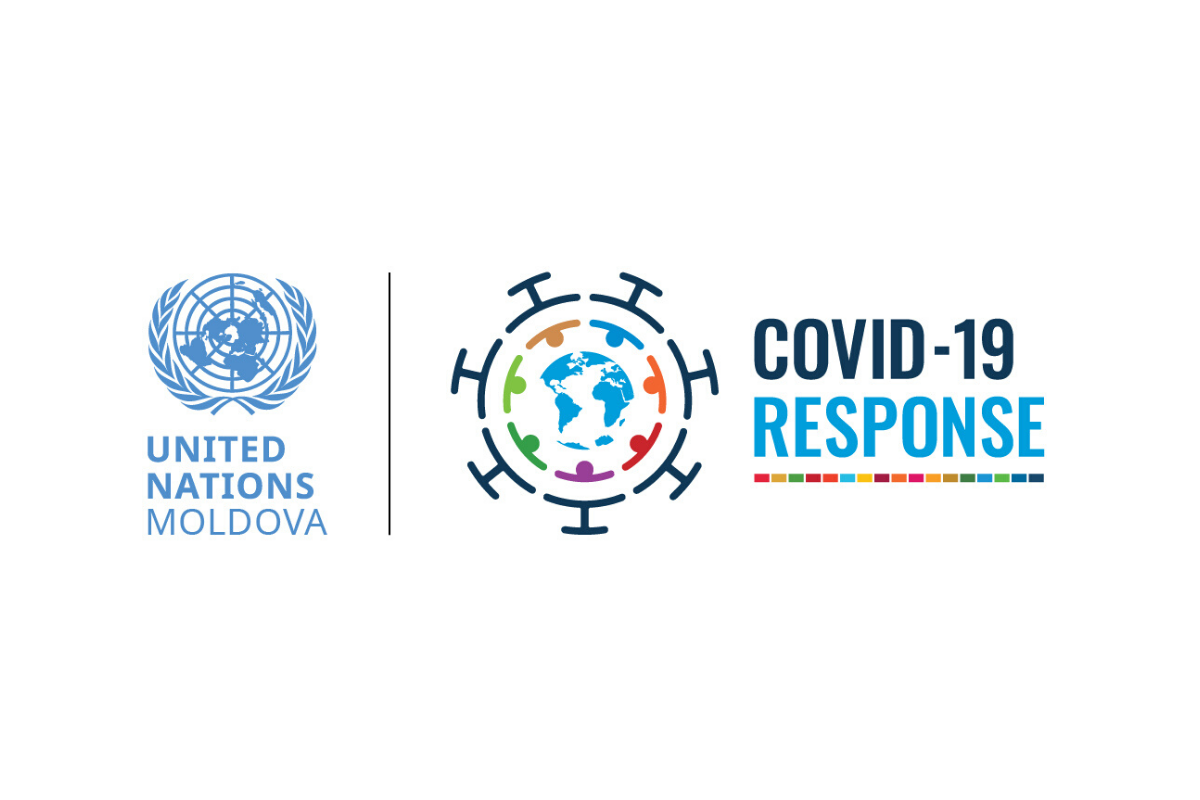 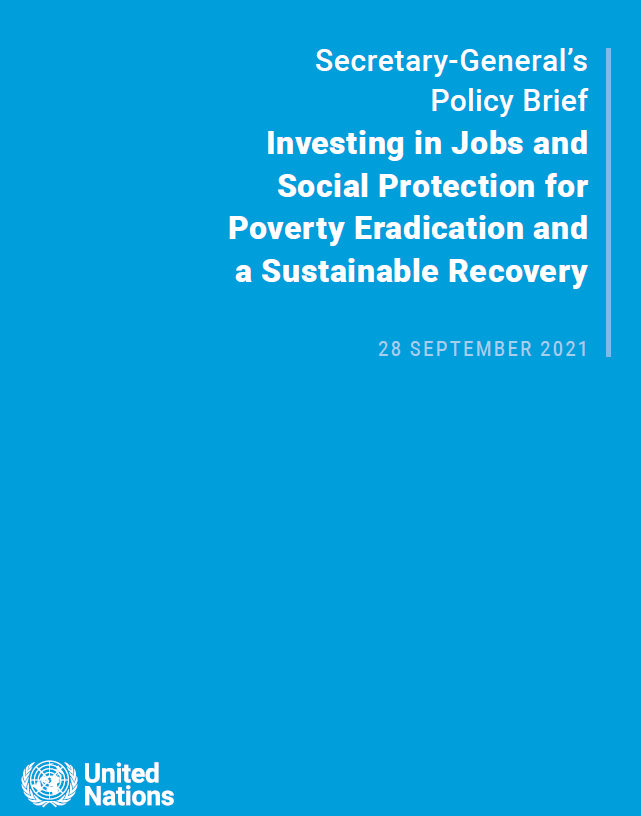 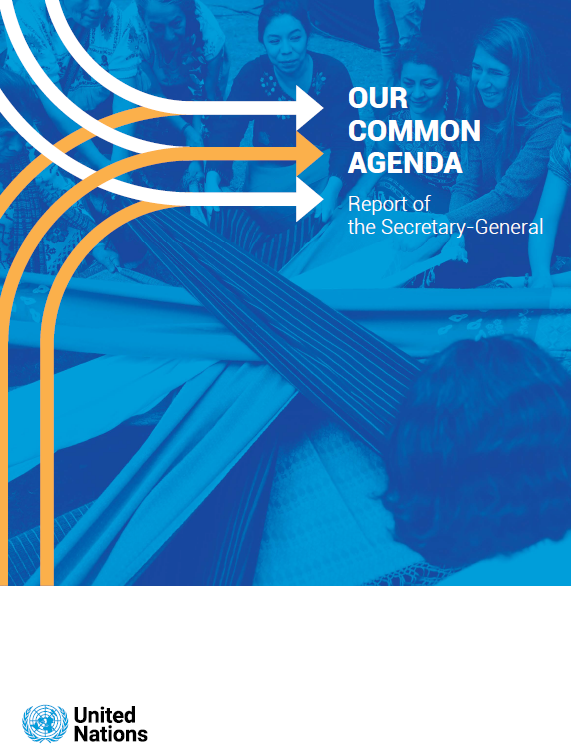 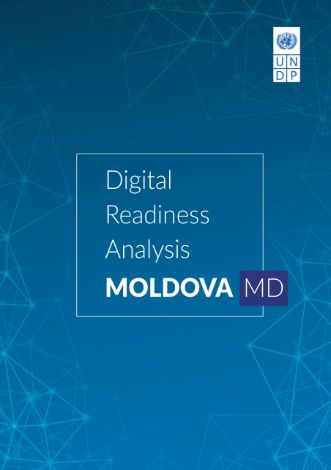 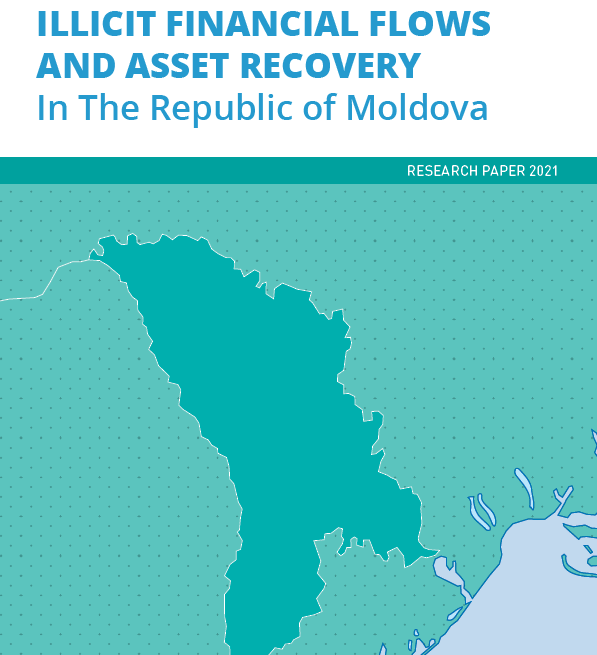